Didn’t expect I would be back in Masungi Georeserve after a year. This time, I went with friends from work and while it was a holiday, the fees we paid were priced with their weekday rate (Php 1,500.00).

The scenery I saw during this trip though was the opposite of what I experienced during the previous year.

Didn’t expect I would be back in Masungi Georeserve after a year. 😊 This time, I went with friends from work and while it was a holiday, the fees we paid were priced with their weekday rate (Php 1,500.00).

The sceneries I saw during this trip though was the opposite of what I experienced during the previous year. We had good weather in 2016 so pictures were also better: https://itskeanne.com/2017/04/09/masungi-georeserve/. But for this trip, it was raining and foggy. The only positive thing perhaps is that it wasn’t scorching hot and humid.

After our briefing and a short walk, we encountered the first rope course, which is LAMBAT (“fisherman’s net”). The side chosen by my friends in the photo above is the easier one as the other side has wide square holes which your foot can easily slip into.

Next rope course is still SAPOT, which mimics a spider’s web. Quite a bummer because all we could see around us was just fog.

Quite a long walk after to reach the next rope course. We crossed a short hanging bridge right after Sapot… 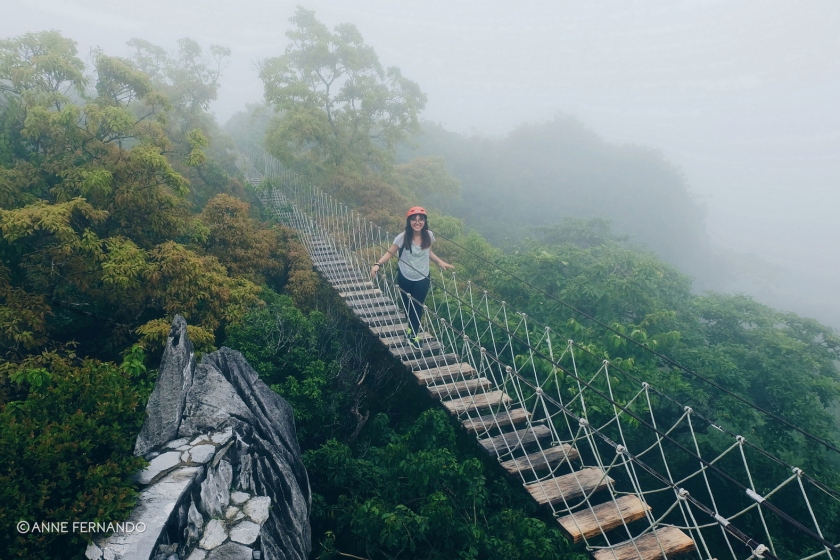 …We also had to go down here in SUUTAN, where we had to be careful of slippery rocks because of the heavy rain.

And finally, we reached this area. The new additions here were the swing-like seats made of ropes. There were plenty enough of these so we got to sit anywhere we wanted to. The rain poured heavier during this time so we took a long break here and ate our trail food a.k.a. chocolate and energy bars. Hehe.

We resumed our trek when the rain subsided and we arrived in PATAK (“drop”), which is an air house suspended above the trees.

After a quick break, we encountered another rope course which will lead us to the next major spot. Note that you will not wear any harness but good news now is that there are two course options to choose from: 1) what we did in 2016 which is just open space around; 2) cage-like barrier that will probably make you feel safer from falling (psychosomatic, I think).

We arrived in DUYAN (“hammock”) shortly after, which is one of the most popular spots in Masungi Georeserve. The guide will assure you of its safety as they used ropes and steel with strong quality that can withstand weight and pressure. 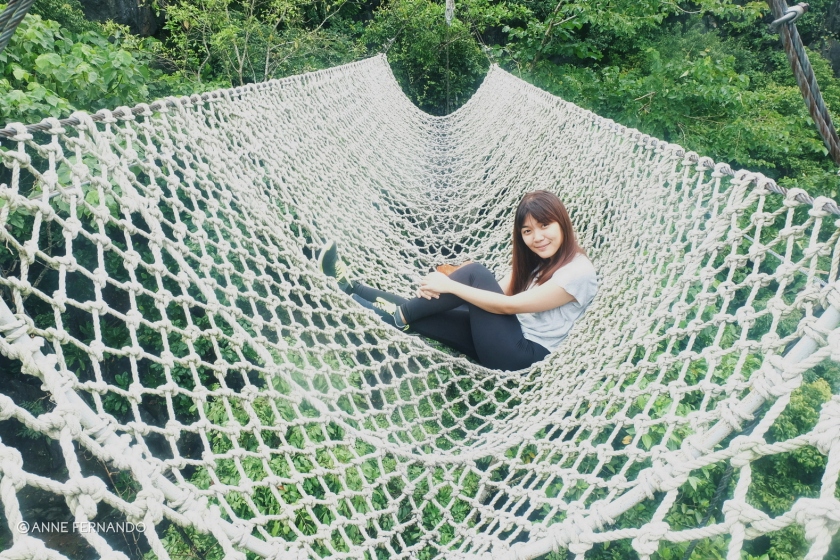 YUNGIB NI RUBEN was our next stop – quite dark and cold but still a lovely place to take a quick rest. The lamps inside made us feel like cave explorers out for an adventure.

TATAY (father) and NANAY (mother) were our last stops in 2016 but this time around, these were not because of the new attractions added. Both Tatay and Nanay are rock-formed peaks which give you a breathtaking 360 view of the surrounding nature and landscape.

We were fortunate enough that the rain and fog were gone by the time we arrived here so we finally got to see a good view. 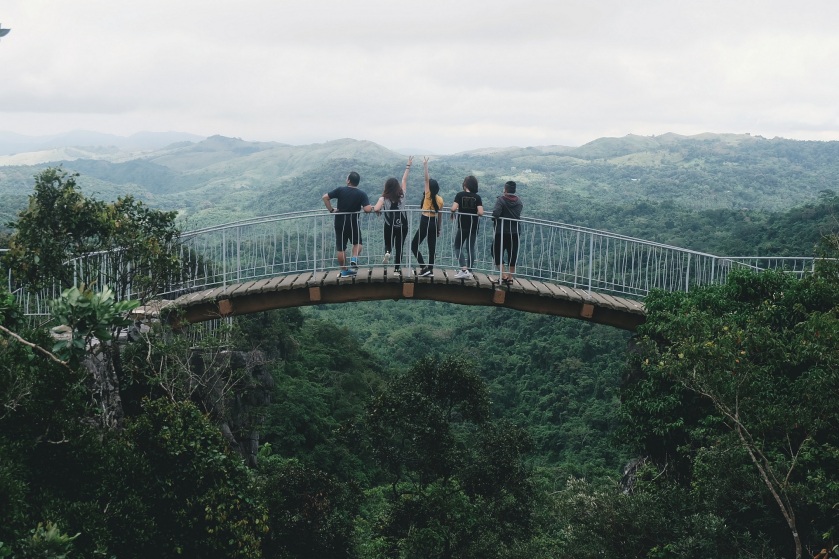 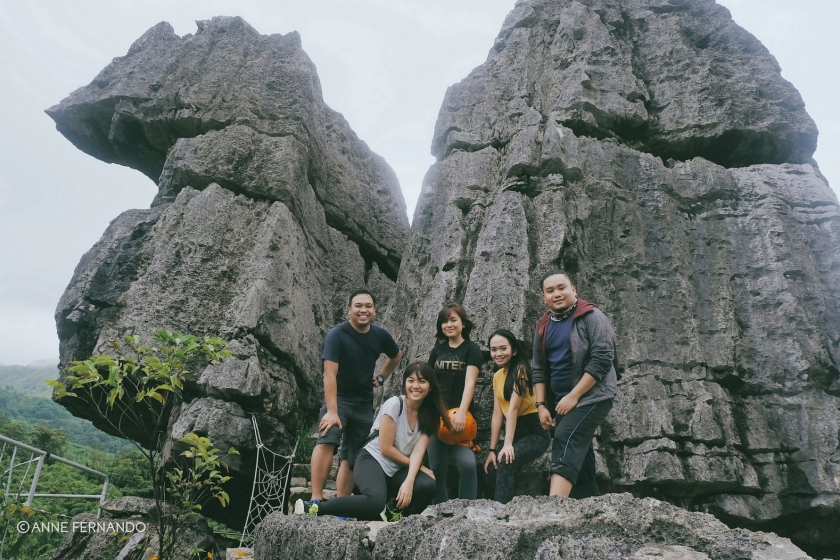 Before we reach the official rest stop for the trek, we had to go down this looong rope course called BAYAWAK (“iguana”). The rope course is called as such because it mimics the general shape of the animal. For the faint-hearted, fret not as the guide will show the long flight of stairs where you can go down instead of doing this.

From Bayawak, LIWASAN (“park” or “plaza”) is just a short walk, which has pools of water that serve as birdbath. They have a resting area here where you get to eat the free sandwiches and drinks provided by MG team. We chose the tuna sandwich option when we booked but we also got free bananas as part of our snacks.

Another new addition in Masungi Georserve are the rope swings in different shapes and sizes just right outside Liwasan.

The exit I knew back in 2016 was a long walk uphill to get back to the entrance. This time around, they now have an easier access to the exit. We went through SAWA (a type of snake), which consists of a long bridge that directly connects to the garden with the briefing area.

Took us about 5 hours to complete the tour in Masungi, mostly because of long stops due to the rain. Still had fun even if we didn’t get to see the best views offered here because of the fog and rain. 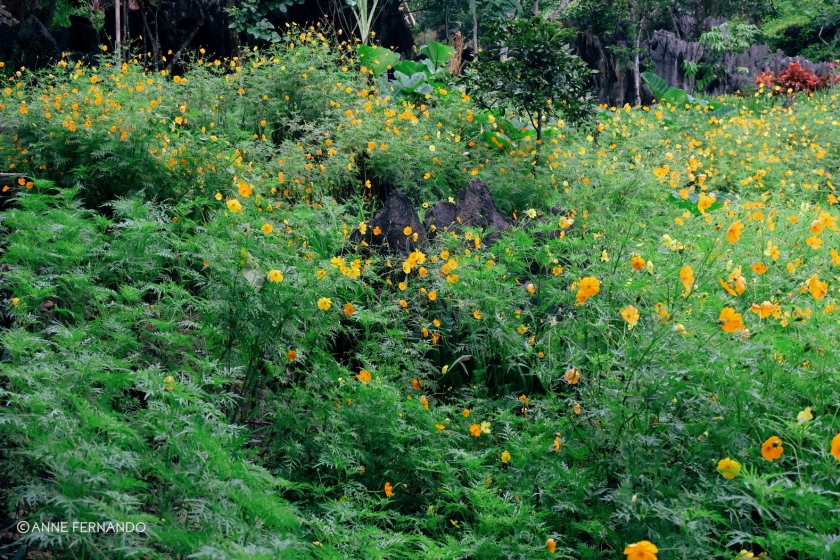