The day when we were back to being kids because of all the nostalgia brought by seeing Disney-related characters and merch! It was my sister’s first time in a Disneyland so this visit was even more memorable. 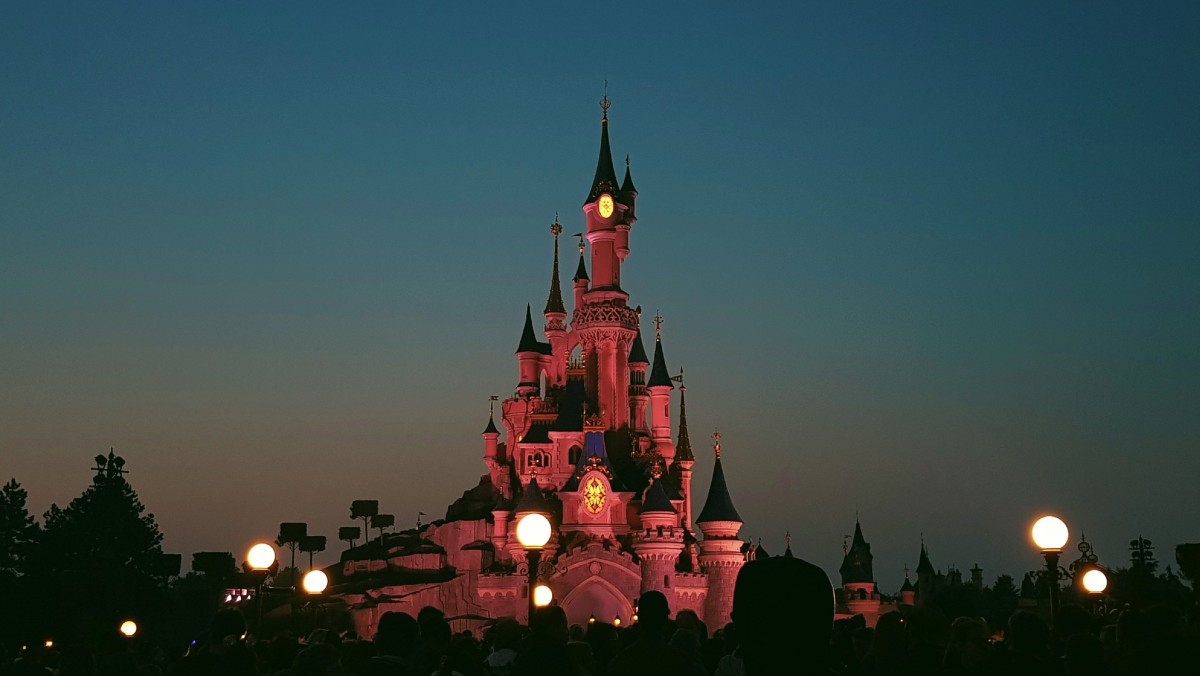 The day when we were back to being kids because of all the nostalgia brought by seeing Disney-related characters and merch! It was my sister’s first time in a Disneyland so this visit was even more memorable.

Our first ride was Hyperspace Mountain, an indoor space-themed roller coaster. It was also my sister’s first time to ride a roller coaster and I think she regret riding it but she had a bit of fun, admittedly.

We took a timed ticket for Buzz Lightyear Laser Blast before going to Hyperspace Mountain and we were able to make it so we skipped the long regular line.

Next stop was Mickey’s PhilharMagic, where we were the first in line. Sorry kids… these adults would never give up their spot for you. Haha!

Before we went to Walt Disney Studios Park, we decided to grab lunch in the Lion King-themed restaurant.

First stop in WDSP was Ratatouille: The Adventure. The regular line was too long though so we opted for the single rider lane, which was way faster.

M asked us to ride Twilight Zone: Tower of Terror next and I did not know what kind of terror was in store for us. I thought it was just a suspense scare kind of ride but ugh I never thought it would be somewhat like a free fall ride.

Our last ride before going back to Disneyland Park for the parade was Rock ‘n’ Roller Coaster where they blasted Aerosmith music while riding an indoor roller coaster at faster speed than Hyperspace Mountain. I read recently that this was closed down last September 2 to give way to an Iron Man attraction, as part of redeveloping a section of the park to Marvel-themed area.

We looked for a good spot for the parade an hour before its starting time so we had a nice view of all the characters. The highlight for me was the Sleeping Beauty part, where they had this metal dragon spewing fire. Whew.

We went around the park and visited non-ride attractions…

M wanted to ride a particular attraction in Toy Story land but we did not want to join him so we opted for the STUDIO TRAM TOUR. The video shown was so outdate based on the guides’ hairstyle and clothing – probably shot back in the 90s or early 2000s. Nevertheless, it was fun to see some of the sets from popular films and we also got to experience how an explosion in a set works.

We went outside the park to eat dinner at VAPIANO, which prides itself in serving Italian dishes. They made our orders right on the spot so we were assured that each pasta dish was freshly made.

There was still some time before the Disney Illuminations (fireworks display) starts so we bought cookies for dessert. The videos I took from the illuminations are too big to upload but all I can say is that it was beautiful! I stopped taking videos in the middle of the spectacle because I wanted to appreciate what was happening with all my focus there. Never mind the fact that we spent 12 hours in Disneyland… that show was enough to wipe away our cold and fatigue.