Note that Express Pass cannot be bought using the English website of USJ so it helps if you know someone who can read Japanese. This is very helpful particularly during days when USJ has high volume of crowd. 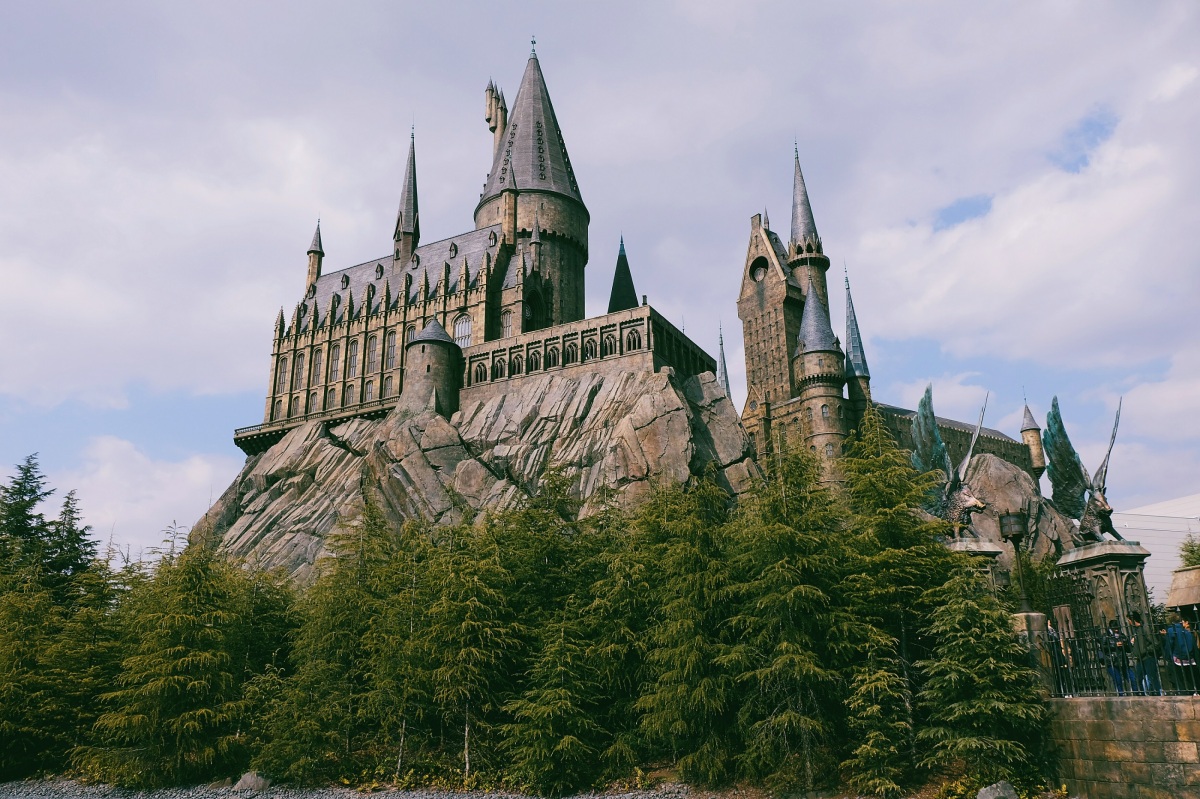 The day we have been waiting for because 1) theme park rides, and 2) HARRY POTTER LAND! We left our Airbnb early and arrived at the theme park at around 9AM. 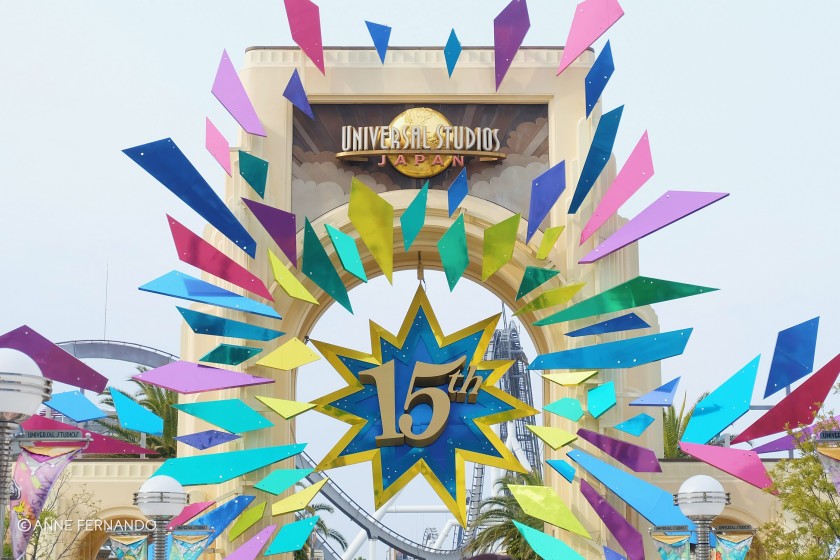 Note that Express Pass cannot be bought using the English website of USJ so it helps if you know someone who can read Japanese. This is very helpful particularly during days when USJ has high volume of crowd: 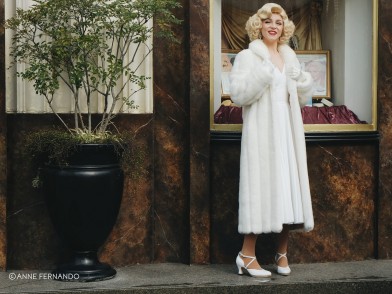 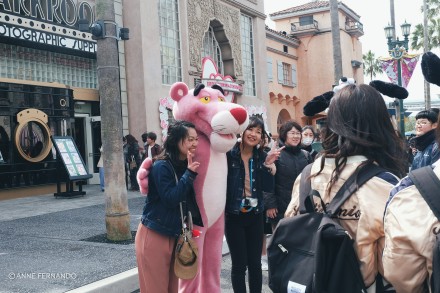 When we got inside, we went to Backdrop right away to fall in line. We waited for about 2 hours before we finally got to ride and every minute of waiting was worth it. The staff placed us at the first row and I am not sure if I was happy or angry because of it. Haha!

Highlight of this ride is the “car” moves in reverse so we could not see where we were going and if the track would be elevating or dropping us. I actually got teary eyed after the ride because it was already extreme for me. 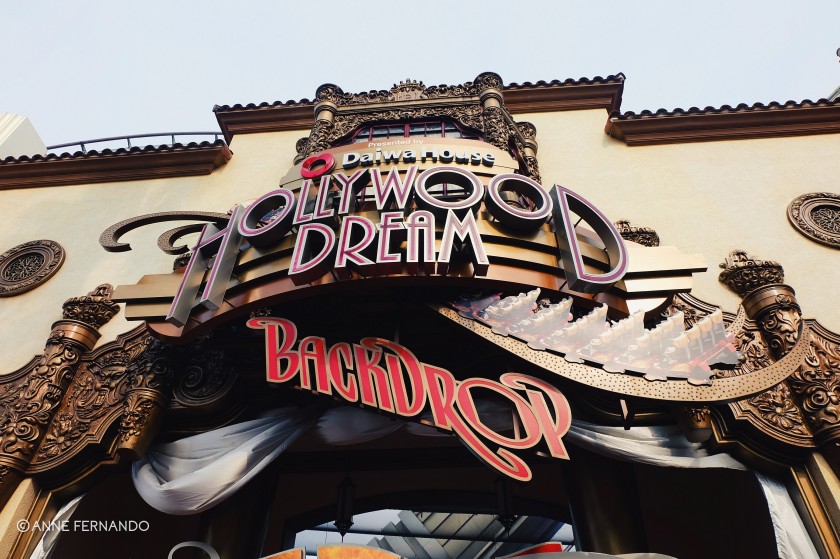 After the ride, we explored the other areas… 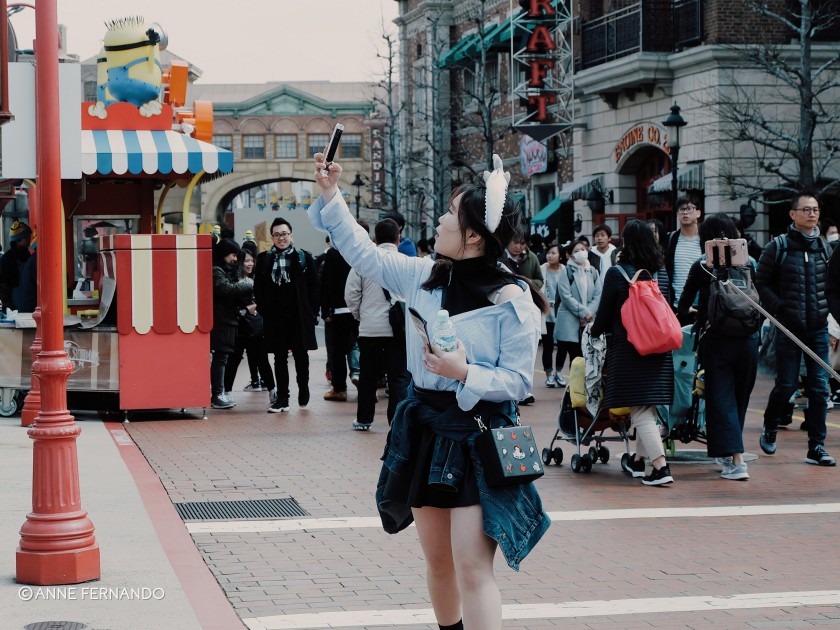 …and eventually found ourselves in front of the Amazing Adventure of Spiderman attraction. We had low expectations when we learned it was 4D experience BUT DAMN. This is definitely a must for anyone visiting USJ. The effects were really awesome that M ended up clapping and saying “Sugoi!!!” loudly when the ride ended. 😉 It was also a good thing that the staff let us sit at the first row so there were no heads blocking our view. 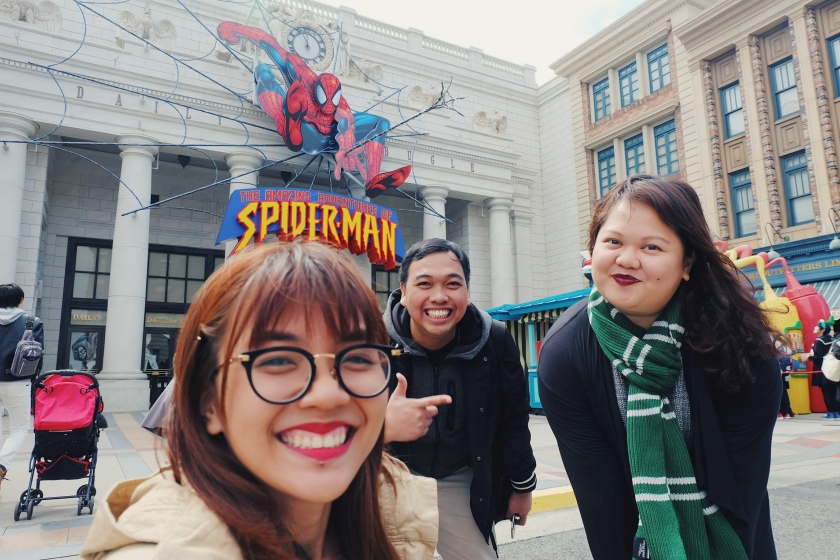 Another round of exploration and I could not help but admire the details done in every building. Minions were also a big thing during our visit. 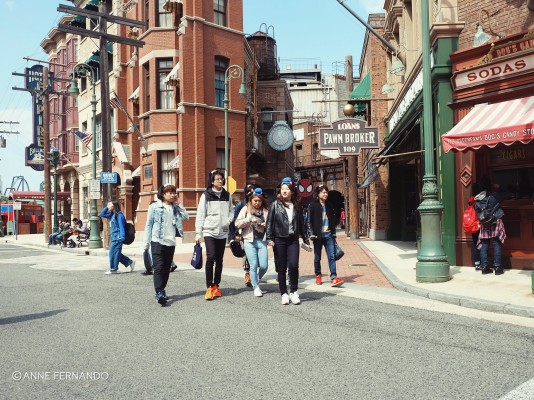 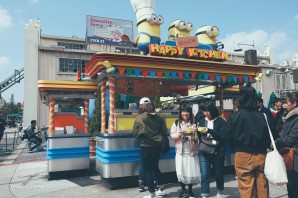 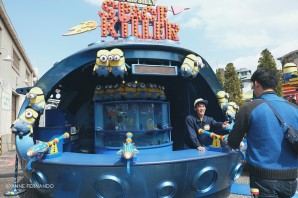 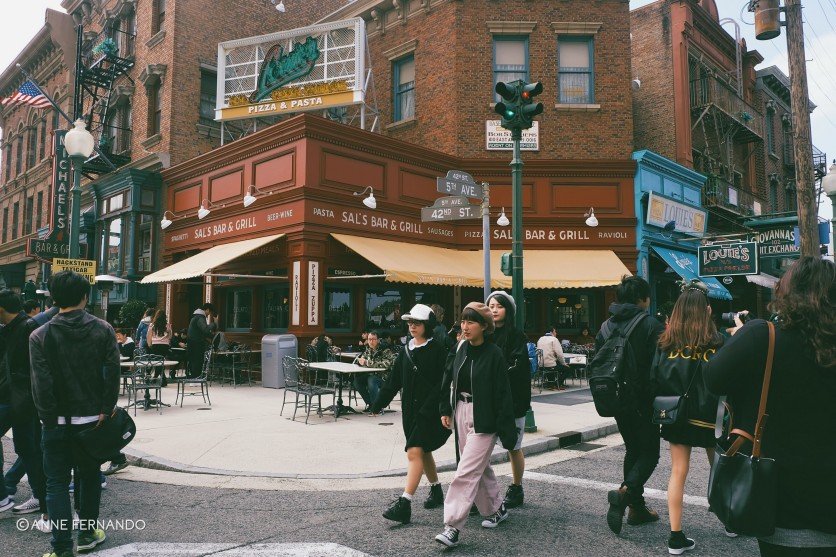 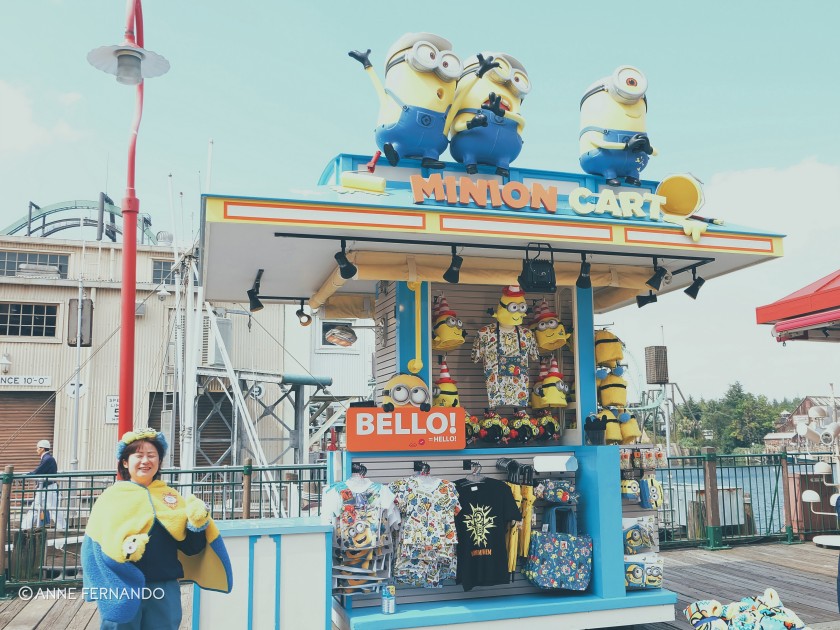 Also saw this pterodactyl ride which looks scarier than Backdrop. Good thing the waiting time was too long so my friends gave up on the idea of riding this. 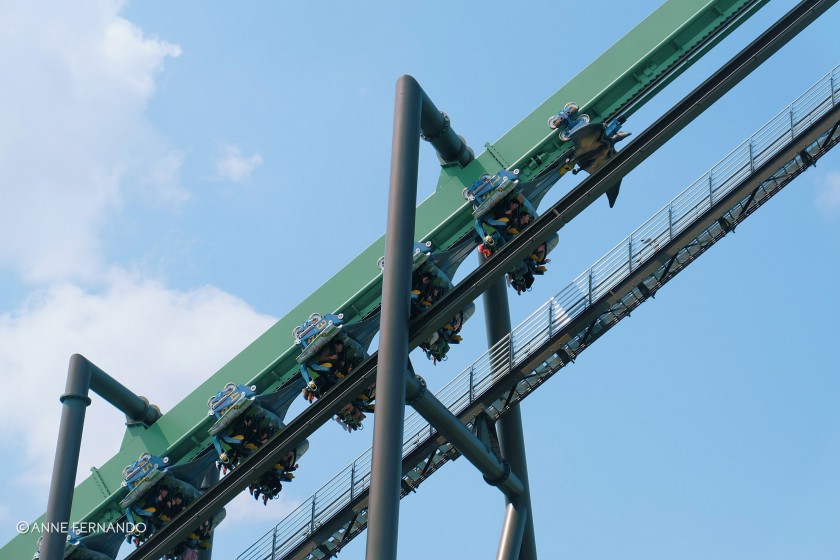 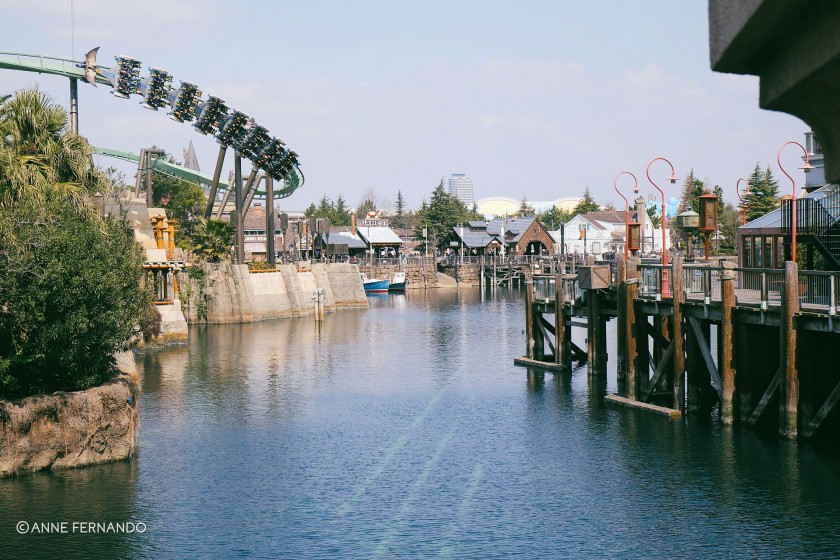 Next stop was Jurassic Park: The Ride, which was also included in our Express Pass. It was a chill ride initially until we got to the last part. Kind of expected it but not that high! Good thing we were seated in the middle so we did not get soaked. 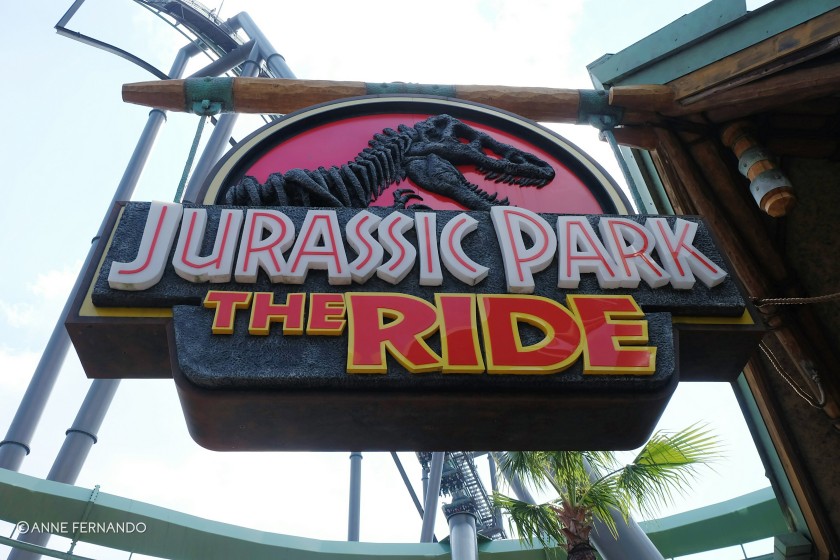 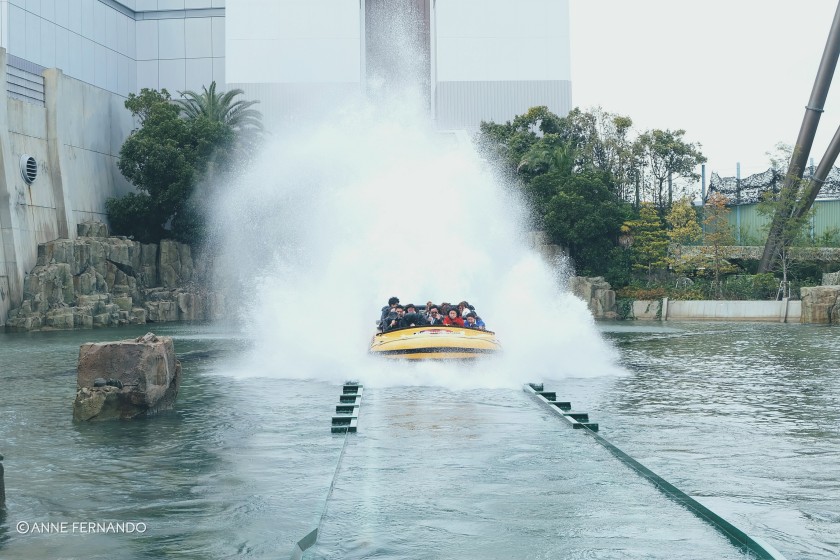 We decided to go to Jaws attraction before we eat our lunch and so hello Amity Island.

Power of Express Pass enabled us to skip the long line. It was entertaining but not as fun as Spiderman – set the bar too high for us! No decent shot of the shark in the attraction…

…but there’s one right outside the entrance! 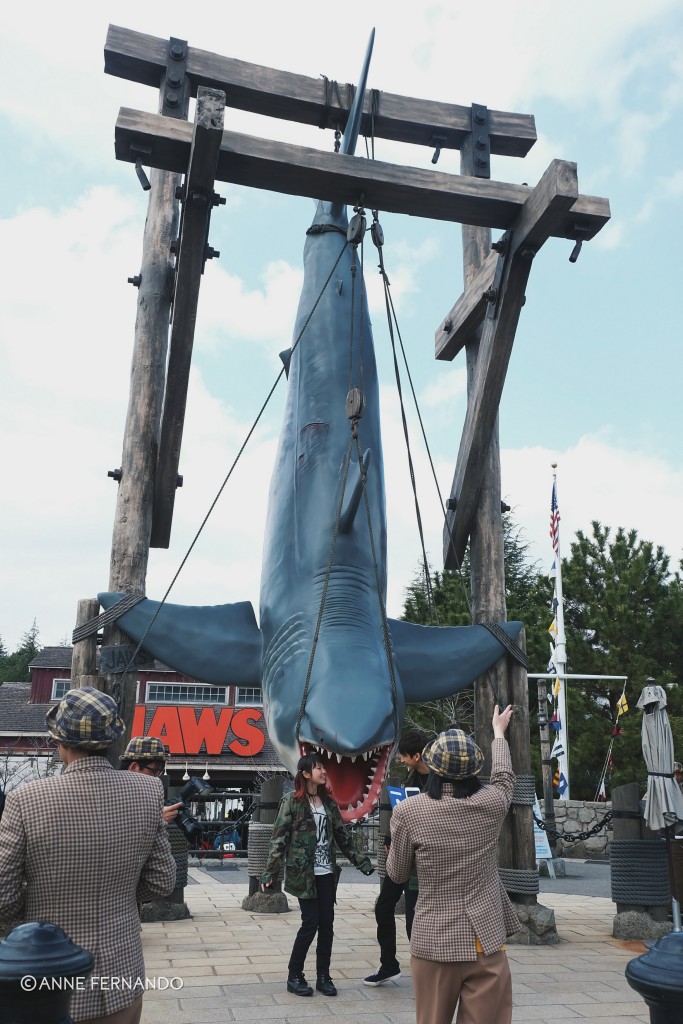 This is what I got for lunch because everything inside was so expensive and most theme park food do not offer value for money. 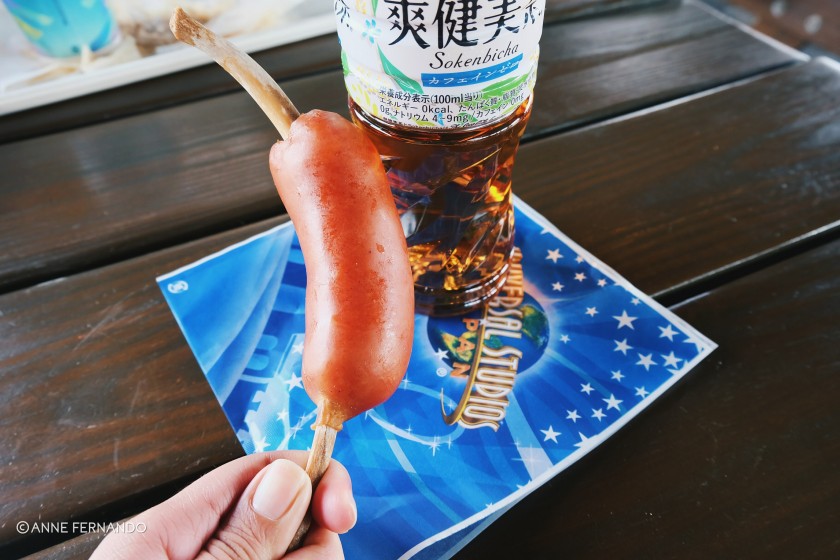 After lunch, it was time for us to visit WWOHP. AAAAHHHH!!!!! We had to go through some maze-like entrance forest (and passed by the Whomping Willow) before we got inside the magical world.

Hello Hogsmeade!!! I honestly did not know where to start… Too overwhelmed with happiness. 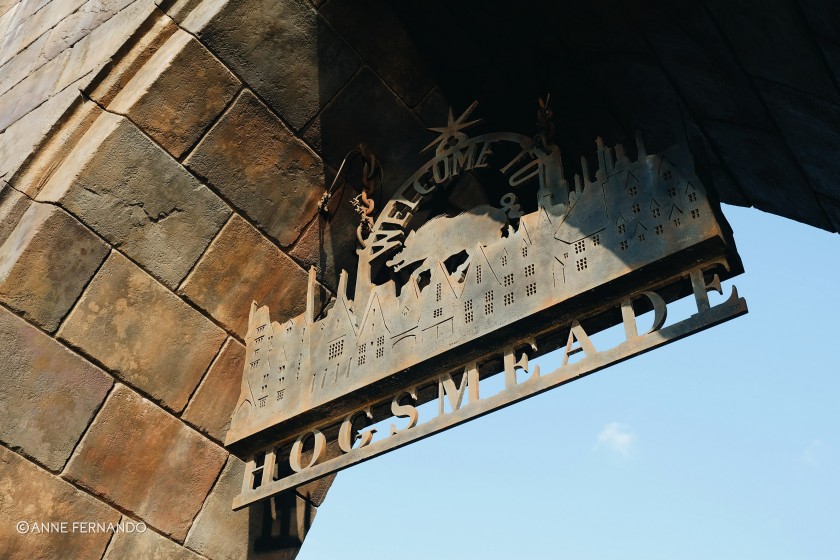 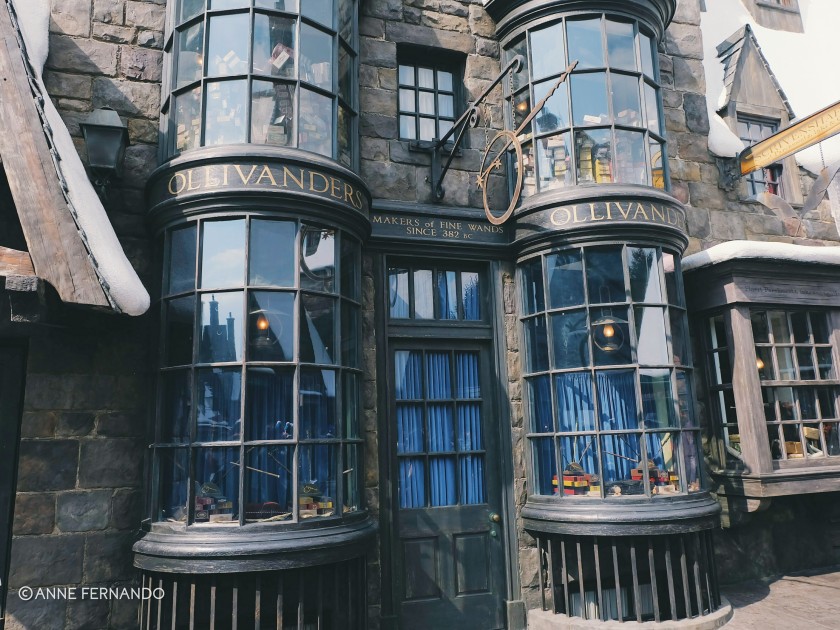 We decided to use our Express Pass for the last ride in our list – Harry Potter and the Forbidden Journey. We skipped the 3-hour wait and the ride was perfect for us because there were 3 seats per “car”.

Funny though because at the Whomping Willow area where we were tossed, our car stopped and we were sort of upside down. We asked J if this was normal because she rode the same attraction in USFlorida. She was not sure though and it was just a long time of silence before we heard an announcement in Japanese. We infer that there was a technical difficulty because after a few seconds, our car started to move again.

After our 2nd trip, we went to Three Broomsticks to have our late lunch. Food was not bad and I actually enjoyed their Butterbeer. Not a fan of caramel in general so this was a surprise. 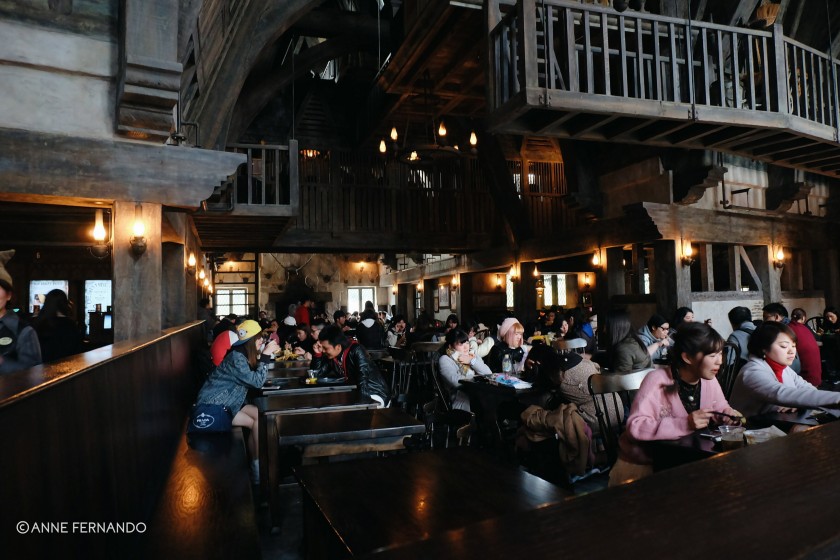 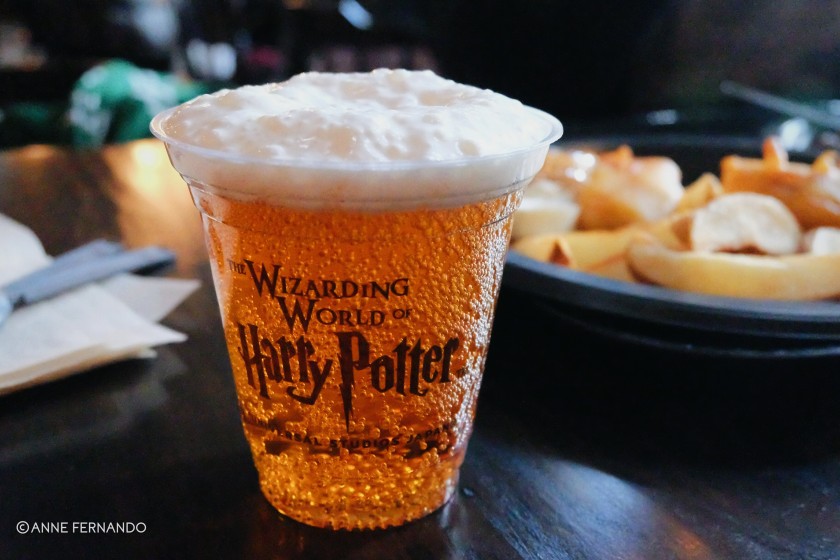 The trip would not be complete without visiting Honeydukes… and I ended up spending a lot here. Chocolate frog, sugar quill, jellybean, lollipops, and more! No regrets though. 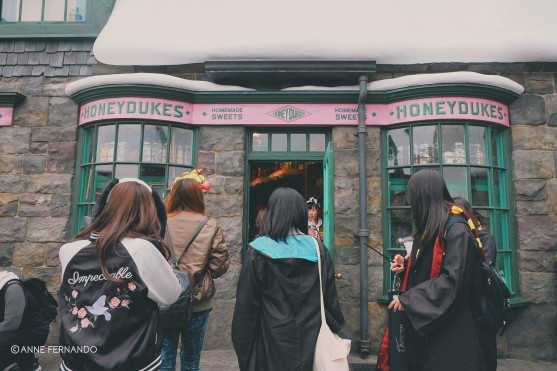 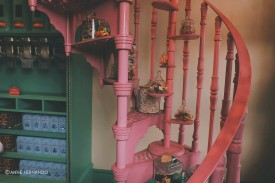 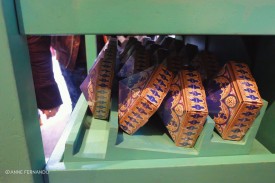 Oh and of course, I am proud to show my alma mater – Hogwarts School of Witchcraft and Wizardry. Libre naman mangarap eh! 🙂 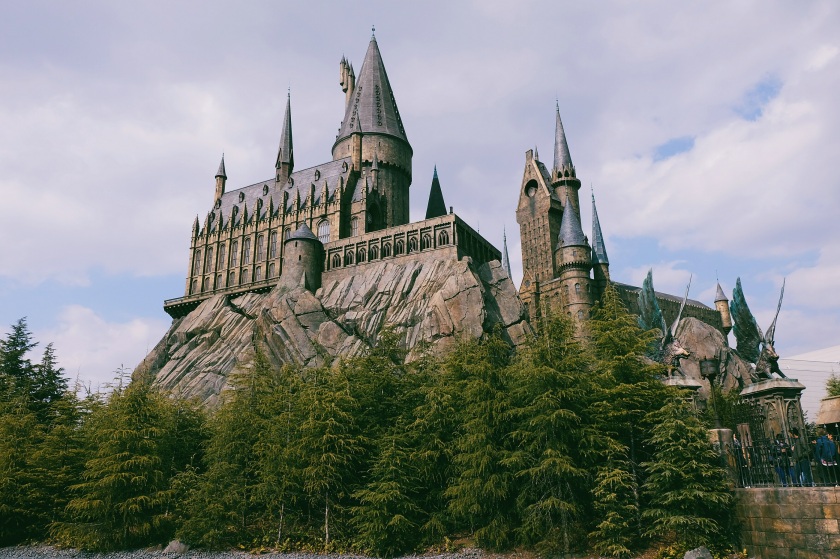 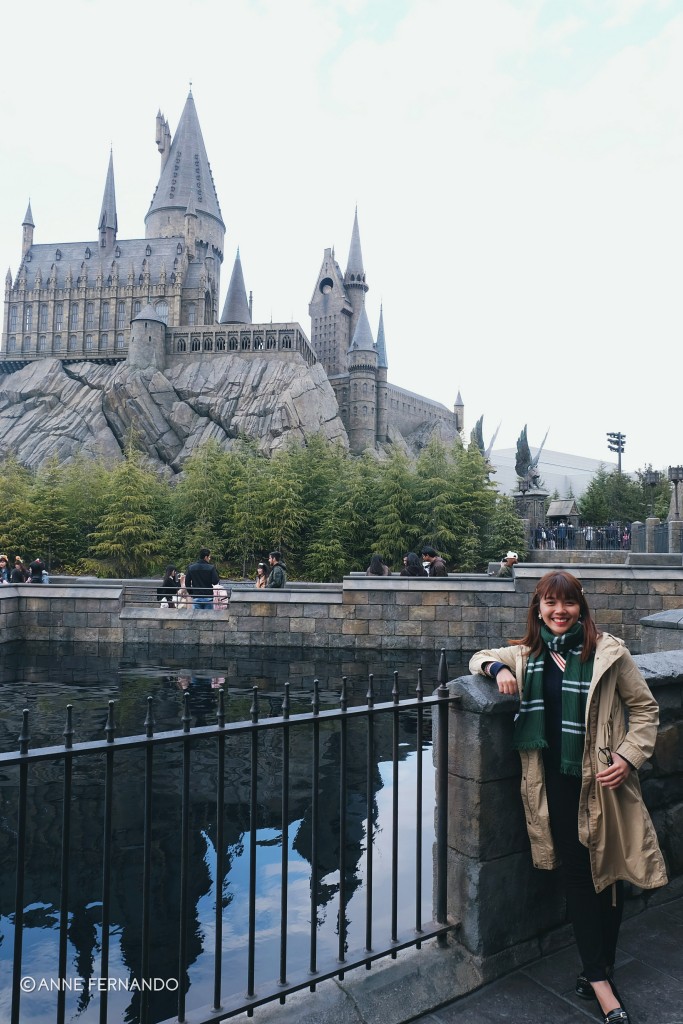 Since we still had some time to kill and the waiting time for Flight of the Hippogriff was just less an hour, we decided to go there. Definitely for kids because there was no thrill at all. 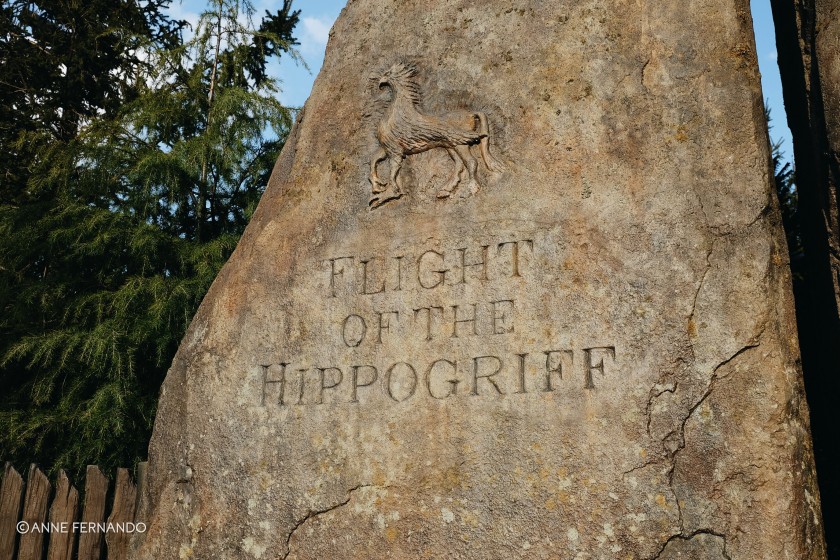 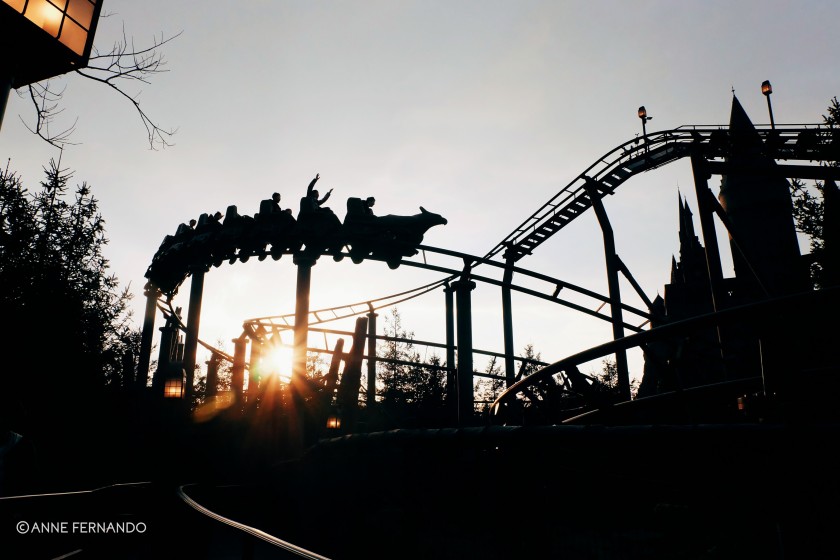 One last round of going around WWOHP before we leave…

…and USJ photos at night, yay.

We were supposed to have dinner at Harukoma because they are famous for serving generous thick cuts of fish for their sushi. But lo and behold, they were closed on that day. Since we were too tired to think and walk, we went to the sushi place across it. Sushi was just okay but at least we felt full after. Chef also placed a LOT of wasabi in each sushi… ☹ 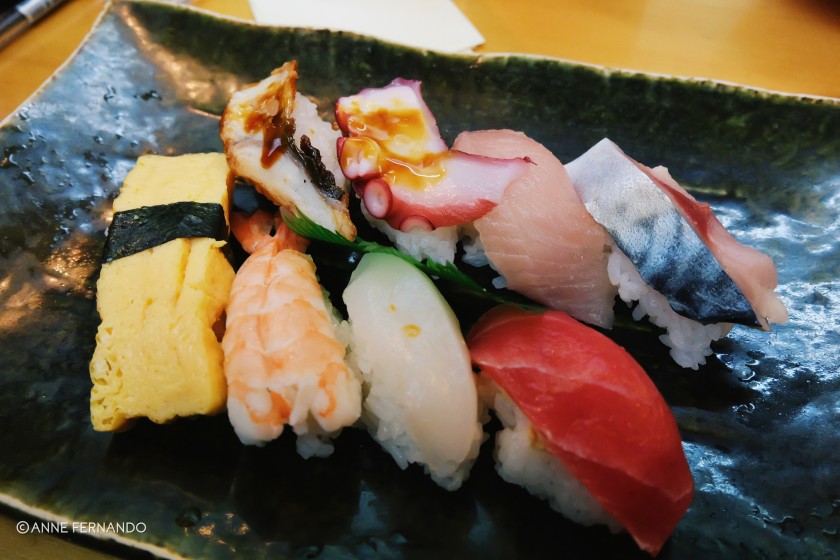 Went home afterwards because J and I needed to get up early the next day for our Ise-Shima trip while M had a flight to catch in the afternoon.