Time for our daytrip in KOBE! After about an hour and a half of train ride, we reached Kobe-Sannomiya Station. We bought onigiri and bread for a quick breakfast before walking to our first destination – MAIKO MARINE PROMENADE.

It is an observatory located right under AKASHI KAIKYO BRIDGE, the world’s longest suspension bridge. Basically, it offers a beautiful view of the sea and it even has a small section where you can walk on the glass floor and see the waters below. 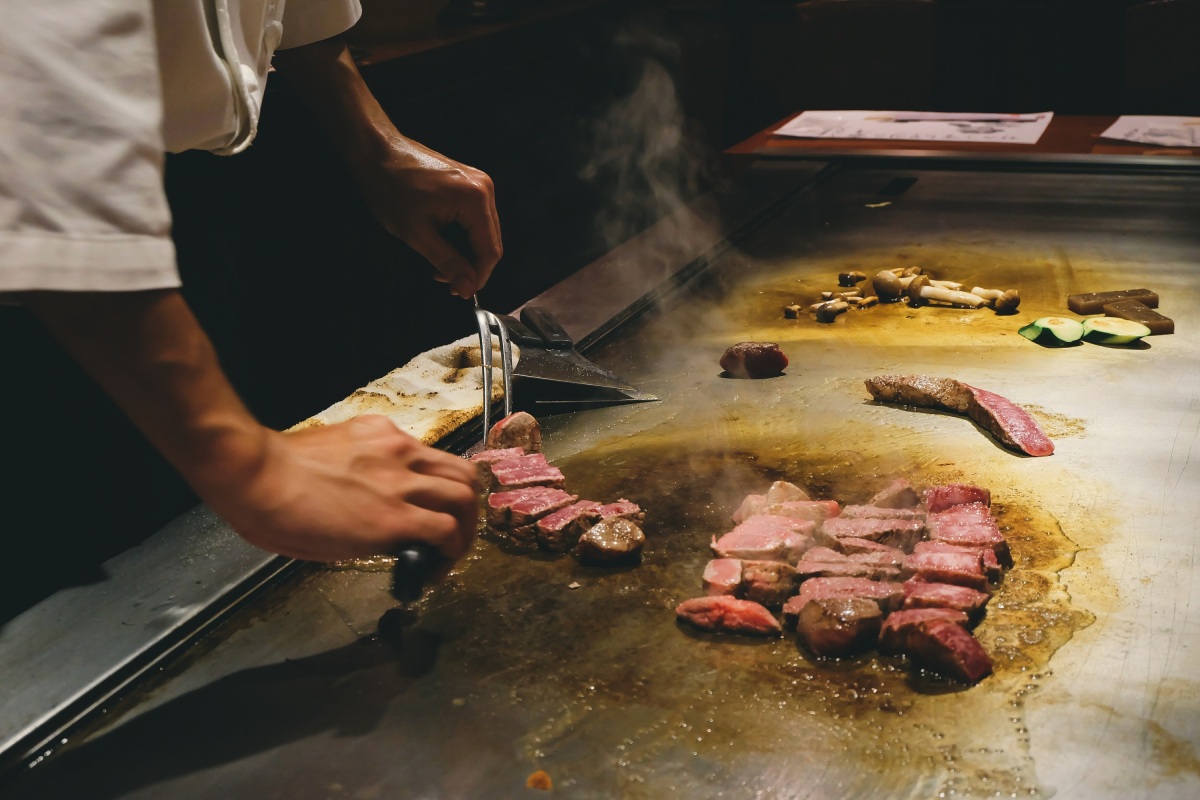 Time for our daytrip in KOBE! After about an hour and a half of train ride, we reached Kobe-Sannomiya Station. We bought onigiri and bread for a quick breakfast before walking to our first destination – MAIKO MARINE PROMENADE.

It is an observatory located right under AKASHI KAIKYO BRIDGE, the world’s longest suspension bridge. Basically, it offers a beautiful view of the sea and it even has a small section where you can walk on the glass floor and see the waters below. Not for those who are acrophobic.

There are two main viewing areas in Maiko Marine Promenade – one is inside the building, which has tall windows and coin-operated binoculars for a better view of the sea and city. As for the other one, you have to go outside the building and walk right under the bridge.

We did not know that it would be open air so we could really feel the sea breeze on top of the very low temperature. Also, every now and then, the structure would vibrate because of the passing vehicles on the bridge.

Our next mission was to eat Kobe beef for lunch! STEAKLAND is a very popular resto for this but I cannot judge if it is the best one out there. Price is definitely cheaper than the other popular Kobe beef restaurants. They cook the beef right in front of you so be prepared to smell like grilled meat when you leave the place.

Since there were only three of us in the group, a couple was assigned to our table and the chef cooked the vegetables together then divided it to 5 servings. We had different orders on the beef / Kobe beef but the chef knows his craft since he knew what type of beef each one was. I enjoyed my food but I am definitely curious how the Kobe beef in pricier and popular restaurants taste, since Steakland has mixed reviews.

We went straight to ROKKO CABLE SHITA STATION after lunch – cable car to reach MOUNT ROKKO. There are a lot of places to visit in this area and we noticed some locals who brought snowboards. We were puzzled because it was already early March but apparently, there was still snow in Rokko-san Snow Park. Note that there is a schedule on the Rokko Sanjo Bus so better take note of that. We did not know about this so when we reached the cable car station in Mount Rokko, we took our time going around and when we went out, the bus just left and the next one would come in about 40 minutes.

Our bad luck did not end there though… We chose Rokko Alpine Botanical Garden but when we got there, the place was closed until end March. Most likely because none – or very few – plants had bloomed at the time of our visit. We had to wait (again) for a bus and it was really cooold up in the mountain.

We went to ROKKO-SHIDARE OBSERVATORY instead and the architecture looked really awesome. We took time going around plus we were surprised to see remnants of snow + frozen water in the area!

After our time in the observatory, we went to ROKKO GARDEN TERRACE which was just across it. The view of Kobe was definitely breathtaking and we were fortunate to have good weather on that day. 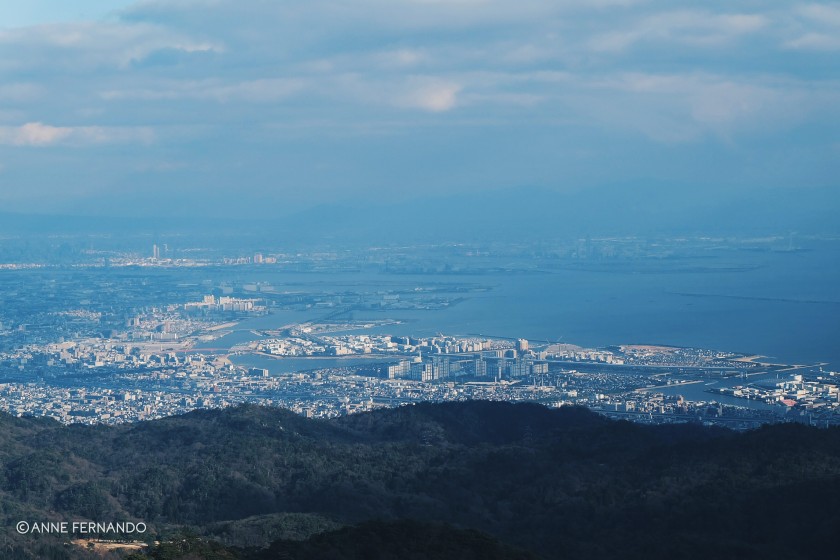 Since we were already hungry and I wanted to see Rokko-Shidare Observatory at night, we grabbed some snacks first. We were confused by the vendo machine for ordering because everything was written in Japanese. I could read hiragana and a few katakana but we were worried we might end up ordering the wrong food. A local went in front of us so we had to ask for his help in ordering the ice cream with Kobe honey. I got that plus akashiyaki, which is takoyaki dunked in hot broth – perfect for the cold weather. 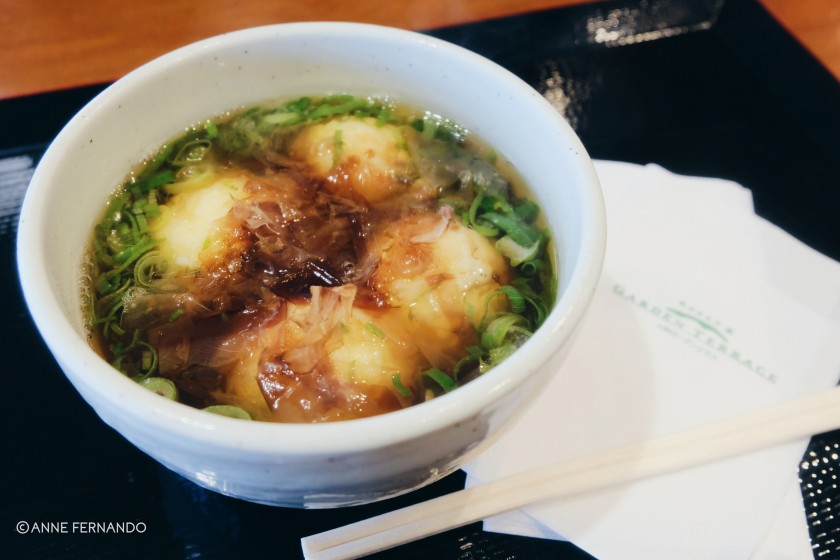 While waiting for nightfall, I bought the famous Kobe pudding in a souvenir shop as well as Kitkat with Kobe pudding flavor. There were other food/snack choices that I wanted to buy but I decided to just limit myself and go with the most popular one.

When the sun had already set, the colorful lights in Rokko-Shidare Observatory were illuminated. It was a nice sight to see but it was not as awesome as I expected. 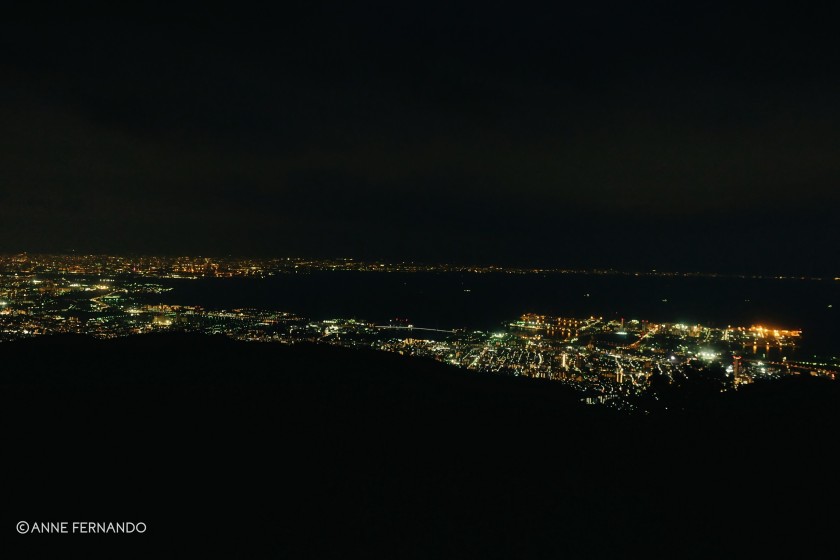 We went back to Osaka after this and had our dinner at ICHI, a yakiniku restaurant near our Airbnb – recommended by our host and apparently a popular place among locals. We ordered a lot of meat for our empty tummies and we enjoyed our meal here. Even though it was quite difficult to communicate with the language barrier, the staff was able to give us what we need.

That’s it for now. Next post is our adventure in Himeji! 🙂