Last December, Tin and I spontaneously booked a hike in Mt. Pulag (via Ambangeg) with Trail Adventours. It was scheduled in late January, which meant that we would be there in one of its coldest days (a lot of people say Jan-Feb are the coldest months). 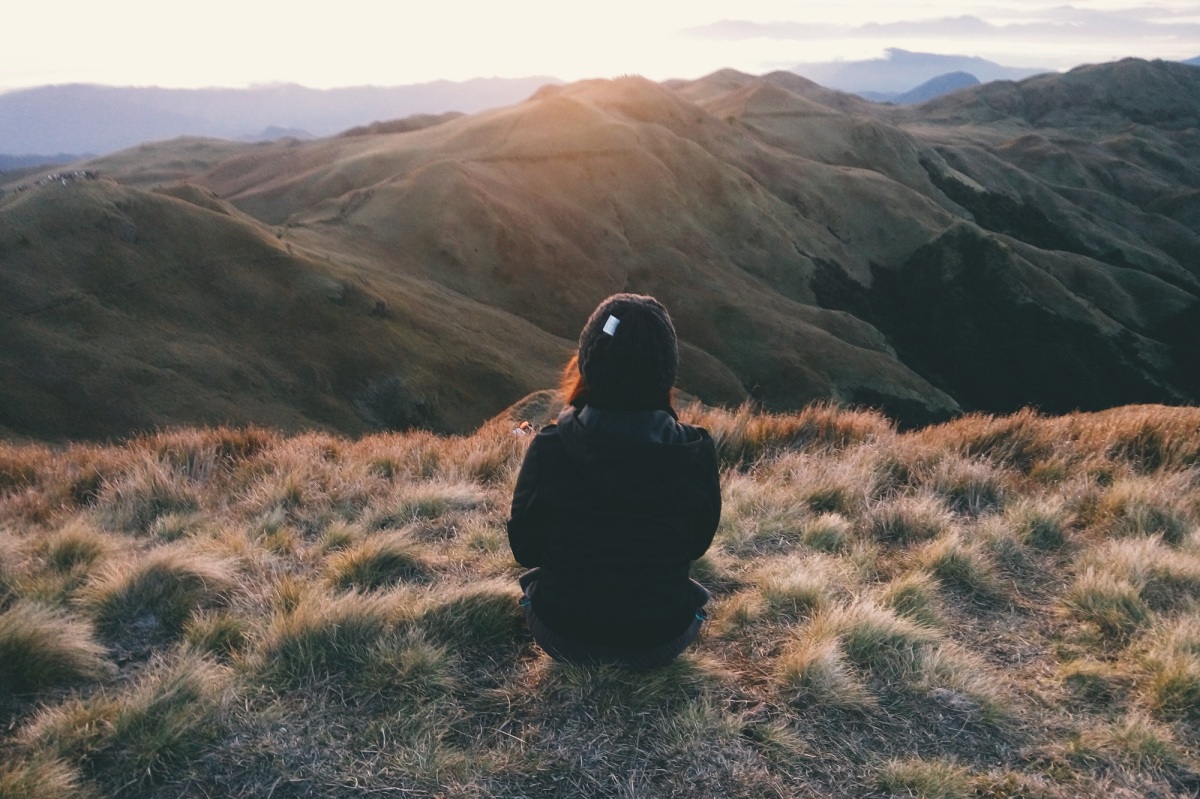 Last December, Tin and I spontaneously booked a hike in Mt. Pulag (via Ambangeg) with Trail Adventours. It was scheduled in late January, which meant that we would be there in one of its coldest days (a lot of people say Jan-Feb are the coldest months).

Our main guide was Jeric, who happened to be one of our main guides in the Gulugod-Baboy hike so it was nice to see a familiar face. We had a pre-climb briefing a few days before the hike but those who were unable to attend did not have to worry since the deck was forwarded to them.

We left Manila on January 20 (around 10PM), and we arrived in Baguio the next day (before 4AM). From Baguio, we rode a monster jeepney where our end destination is the homestay. But before heading to the homestay, we had a few stops first.

Our first side trip was the AMBUKLAO DAM. Near the dam, there was a body of water where a few locals were fishing in the early hours of the morning. It was really cold even if we were wearing thick jackets. I checked my phone and the temperature was estimated to be 15C. 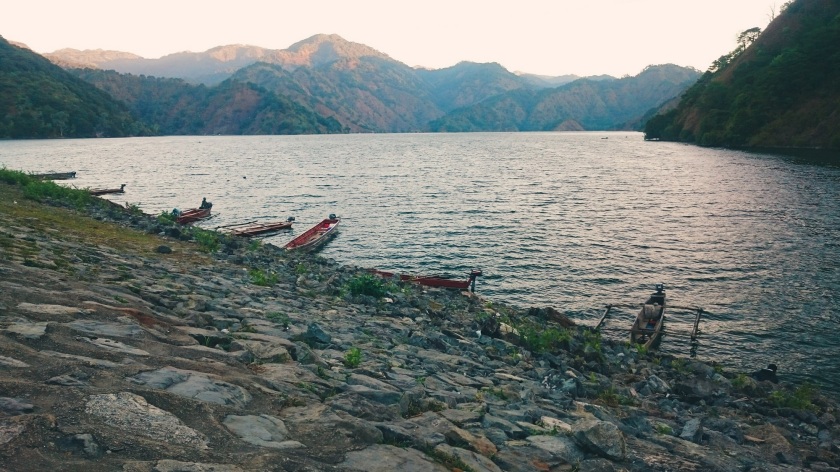 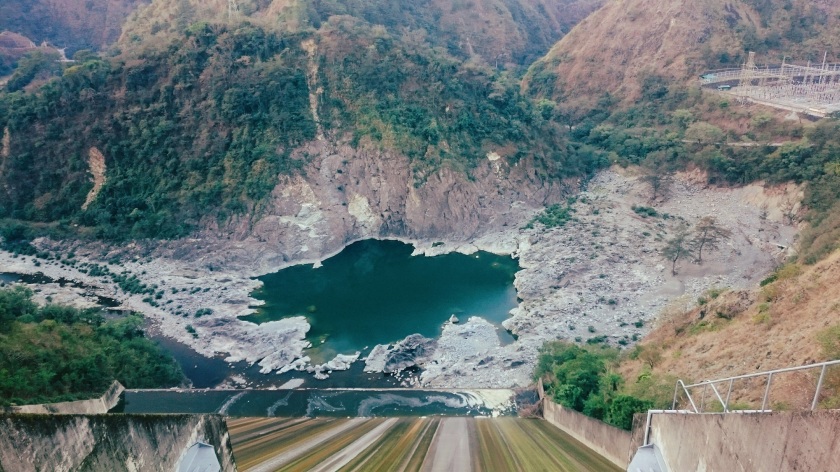 We headed to JANG JANG HANGING BRIDGE afterwards and while the bridge seemed sturdy, it was still quite scary to see how high we were from the ground. According to Jeric, the walk from one side of the bridge to the other would take 10 minutes so he advised us to just walk until the middle portion. True enough, it felt like we had walked far enough from one side of the bridge but the other side still looked far. A word of caution though that according to the locals, only max of 10 people should ideally be walking along the bridge.

Our last side trip was the DACLAN SULFUR SPRING — nothing much to see except for, well, sulfur. Do NOT go too near the bubbling pools of water as it can corrode your footwear or worse, damage your skin. Also a warning that the place smells like rotten eggs. 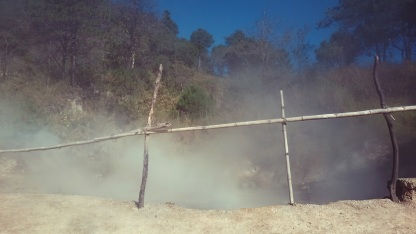 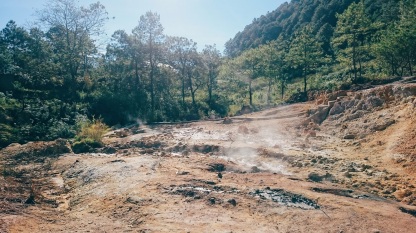 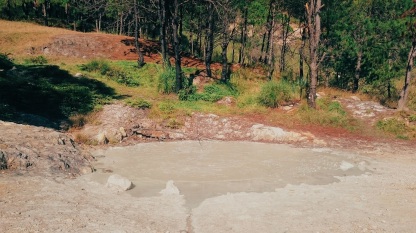 Before having lunch, we went to the DENR OFFICE to attend the mandatory orientation where do’s and don’ts were discussed. They also mentioned that they are only accommodating max of 200 hikers per day, which is good because this move helps take care of mountains and prevent theme from being bugbog. Another important thing discussed there was how DENR assigns which point in Pulag will be your last stop. We were lucky enough to be assigned to the summit. Other points are labeled as Point 2, Point 3, etc.

We had our lunch in a local eatery, as part of the TA package we availed, then headed to BABAN’S HOMESTAY. I was surprised with how nice and clean the homestay looked like, plus it was just a few minutes away from the Ranger Station so the location is very convenient. We had the afternoon as free time and by dinner time, TA team distributed the TA Mount Pulag shirts and discussed the reminders for our early hike the next day. 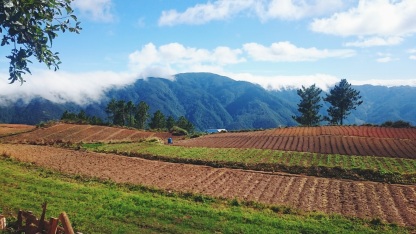 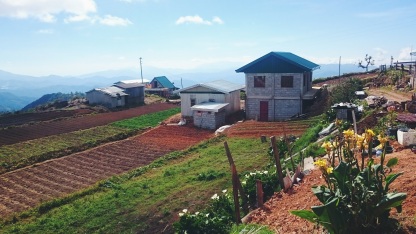 We slept early and woke up around 11:30PM to prepare for our 1AM hike. We rode the monster jeepney going to RANGER STATION, where we met with our local guides. From there, we started the long and chilly hike to the summit of Mount Pulag. Our first stop was CAMP 1 and part of the trail going there was quite steep so I had to stop and catch my breath every now and then. From Camp 1 to Camp 2, the trail was easier since most of it was just flat. CAMP 2 to the summit was quite challenging again since there were portions of the trail that were steep — and it was a bit at the beginning of this trail when my head lamp fell off from my forehead and died. Good thing my phone was fully charged so I used its flashlight instead (but less powerful light and smaller area covered!).

It was still quite dark when we reached the SUMMIT, as the hike from the Ranger’s Station was about 4 hours; hence, we were there at around 5AM. We looked for a good spot to watch the sun rise slowly from the horizon, and all I can say is that the scenery was just purely amazing. What I thought back then was how lucky we were to witness such spectacle, and how blessed this country is with the wonders of nature. 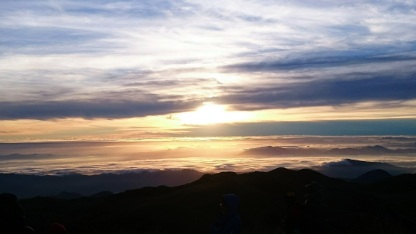 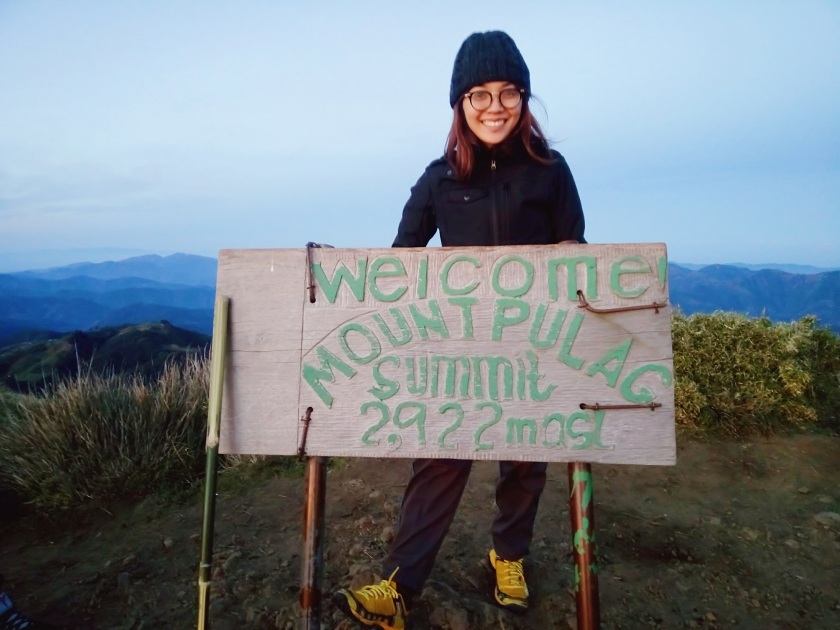 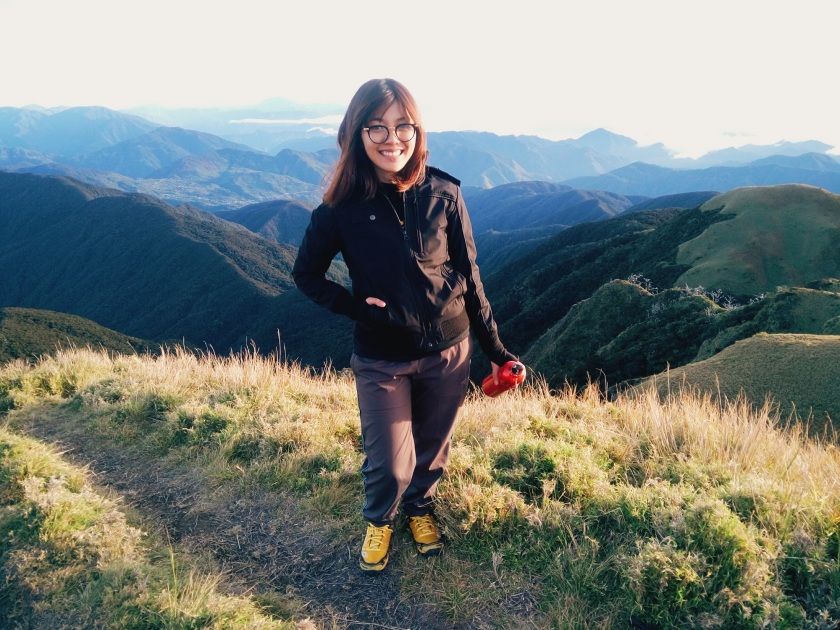 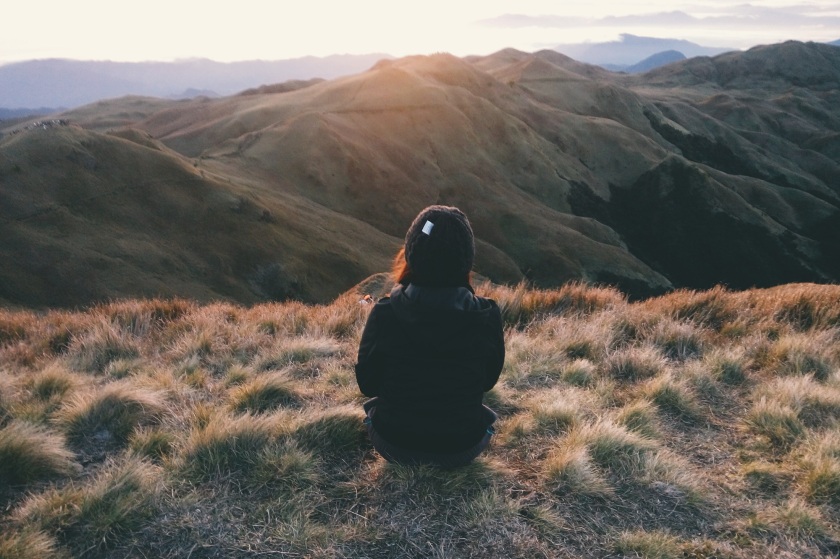 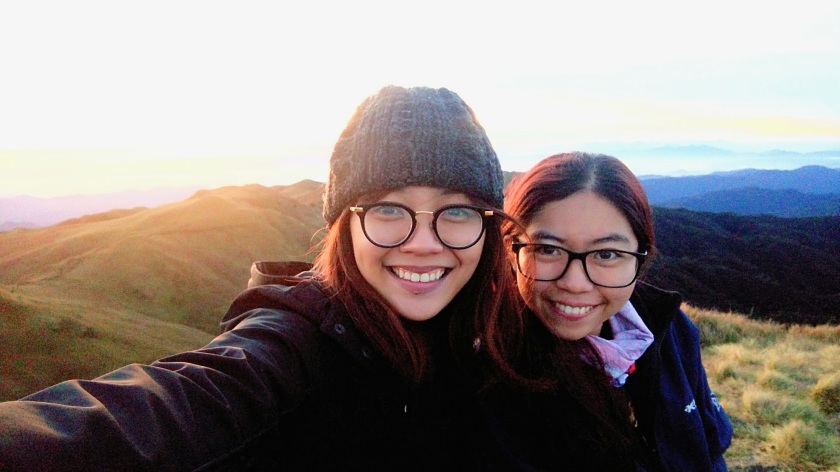 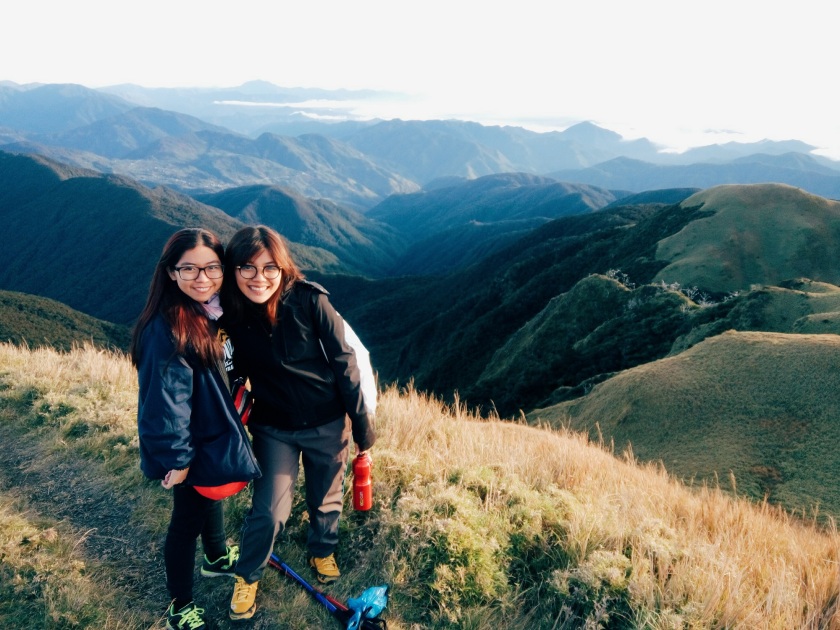 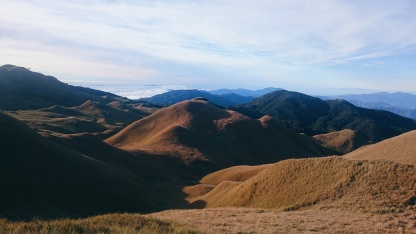 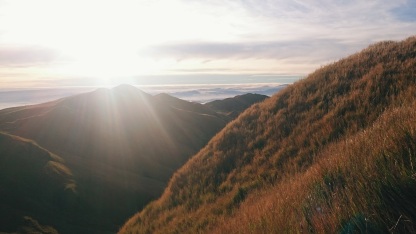 TA team provided sandwiches, apples, and coffee for our breakfast in the summit. Of course, as responsible hikers, we cleaned up our mess — although this should be already ingrained in every hiker or aspiring hiker, sadly, a lot of people still leave their trash in the mountains.

The hike going back to Ranger’s Station still took about 4 hours but it was easier especially the trail from Camp 1 since we were heading the opposite direction already. 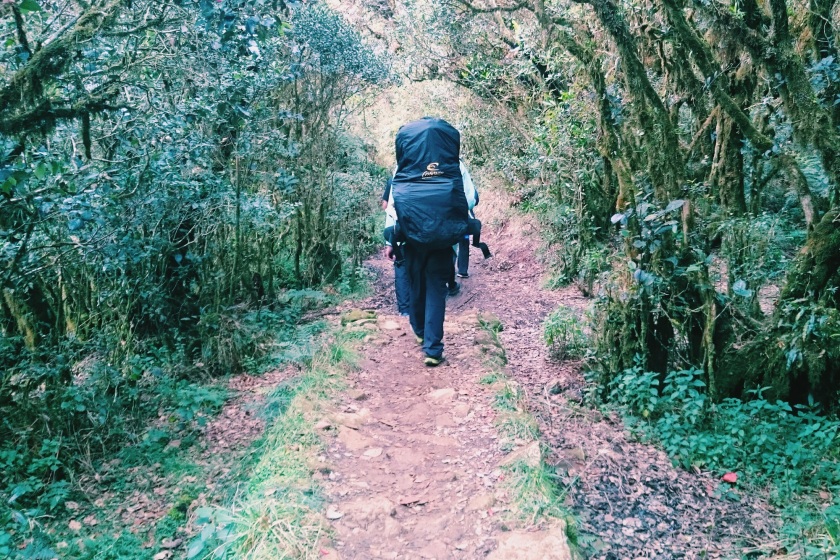 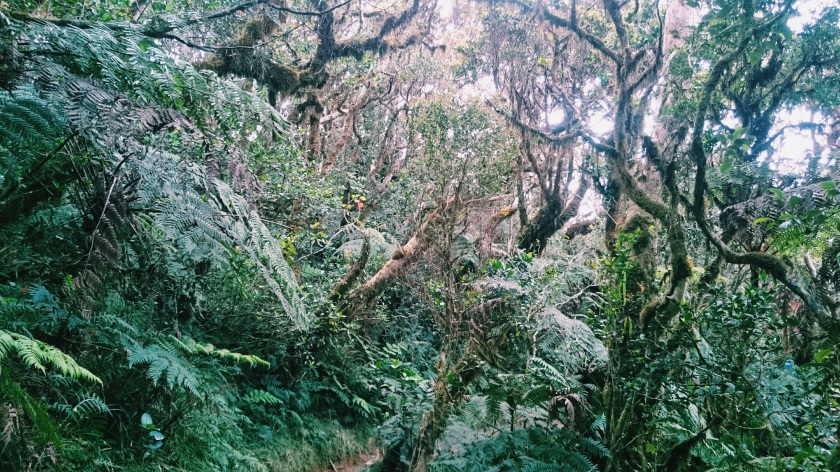 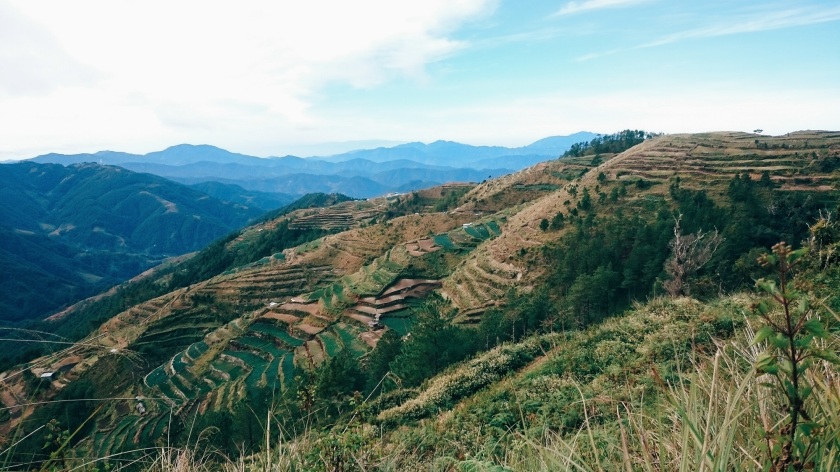 Upon reaching the homestay, we freshened up ourselves and packed our things since we will be heading back to Baguio after lunch. We arrived back in Baguio around 4PM and we were given free time to do whatever we wanted as our bus is scheduled to leave at 9PM. Tin and I bought pasalubong in Good Shepherd then we ate early dinner in CANTO, which is one of the restaurants in KETCHUP FOOD COMMUNITY. There was a loooong line when we got there (which was the reason why I wasn’t able to eat here despite visiting K.F.C. back in 2014 and 2015). We were lucky because two of our fellow hikers were next in line to enter and they invited us to join their table.

Tin and I were supposed to head to Chocolate de Batirol but since we were both too tired from the very early hike, we went back to the bus station instead. Our bus left on time and we were back in Manila before 3AM.

So far, this is the best hike I did and this just further reinforces my passion to hike mountains.