Masungi Georeserve started to become popular around late 2015/early 2016 to the point that all weekends until mid-2016 were already booked. I had my hopes down that I would not be able to visit this anytime soon but eventually, one day back in May, my sister chanced upon a free slot on June 25 (which was a Saturday).

On a writing spree again — now documenting this difficult-to-book but very memorable trip about 8 months ago. Brace yourself for the long hike. From our experience, it took us more than 4 hours but that was because we spent some time taking pictures in every highlight of Masungi Georeserve.

Masungi Georeserve started to become popular around late 2015/early 2016 to the point that all weekends until mid-2016 were already booked. I had my hopes down that I would not be able to visit this anytime soon but eventually, one day back in May, my sister chanced upon a free slot on June 25 (which was a Saturday). She immediately booked this even if she was not sure if she could complete the requirement of having minimum of 7 in a group — it was a problem that she postponed to thinking of later.

After successfully booking the schedule, my sister invited a few of her friends plus extended the invite to me and a few more friends. We became a group of 8 so we were good to go! We paid Php 1,400 per person for the conservation fee.

On the day itself, our schedule was at 6:30AM but we got there 2 hours later because we got lost in Baras. We blamed Waze because the road it suggested was a muddy, un-cemented path that led to a dead end. Good thing the MG team was very understanding of what happened. (Highly recommend to have your own private car going to Masungi Georeserve. While there are jeeps passing by, they are quite rare and are usually full already.) 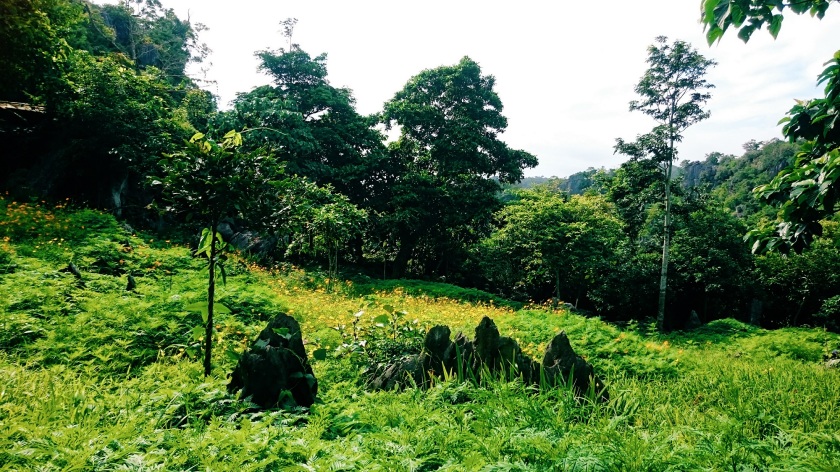 Our park ranger / guide that day was Kuya Elmer, who has a good sense of humor and is an eager photographer. He would volunteer getting my friends’ cameras to take pictures of us. And of course, we were too happy to comply. 🙂

We had a briefing first done in SILUNGAN and it was here where we were given our kits — bag, helmet, whistle, and a bottle of water. 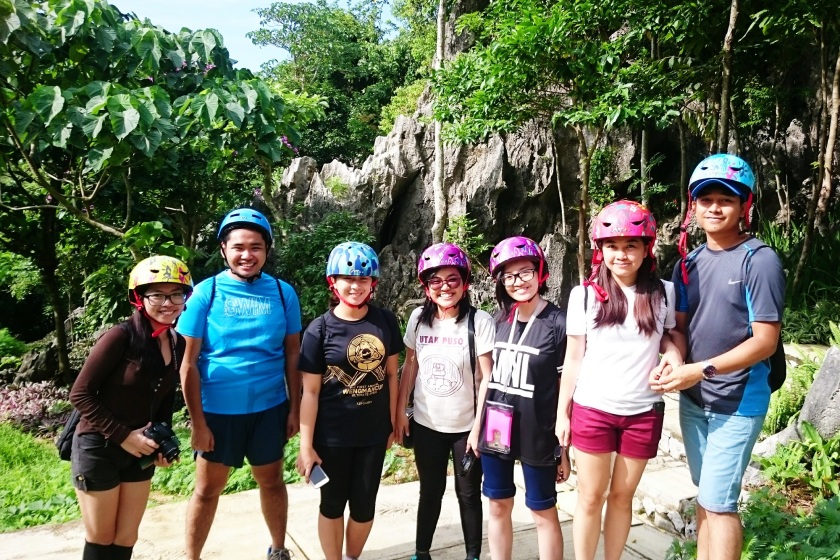 After a few minutes of walking, the first rope course we encountered was the LAMBAT, which was easy to accomplish since it was just very short.

Some minutes of walking again and we reached SAPOT, which boasted majestic views of the surrounding areas / provinces. This web-like rope course is made up of cables that are strong enough to withstand the weight of people, but we were told to avoid jumping around. We spent some time in this course since we had too much fun taking pictures, and Kuya Elmer also showed us that we can have our pictures taken under the Sapot. 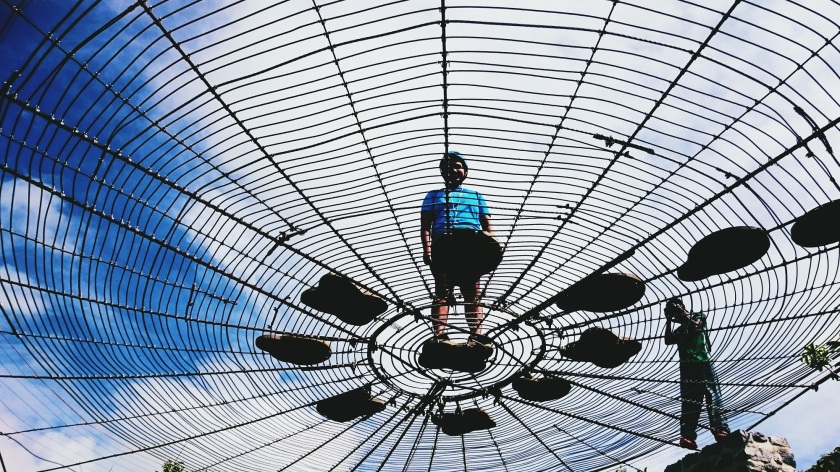 We returned back to hiking afterwards, and we had to cross this hanging bridge. No need to fret because it was not swinging too much despite having a number of people walking on it. 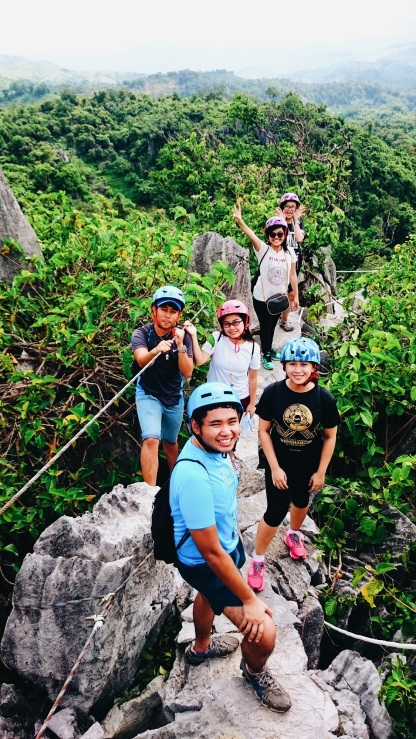 We passed by a few caves, and eventually passed by this swing-like structure, where we had fun taking turns sitting there. 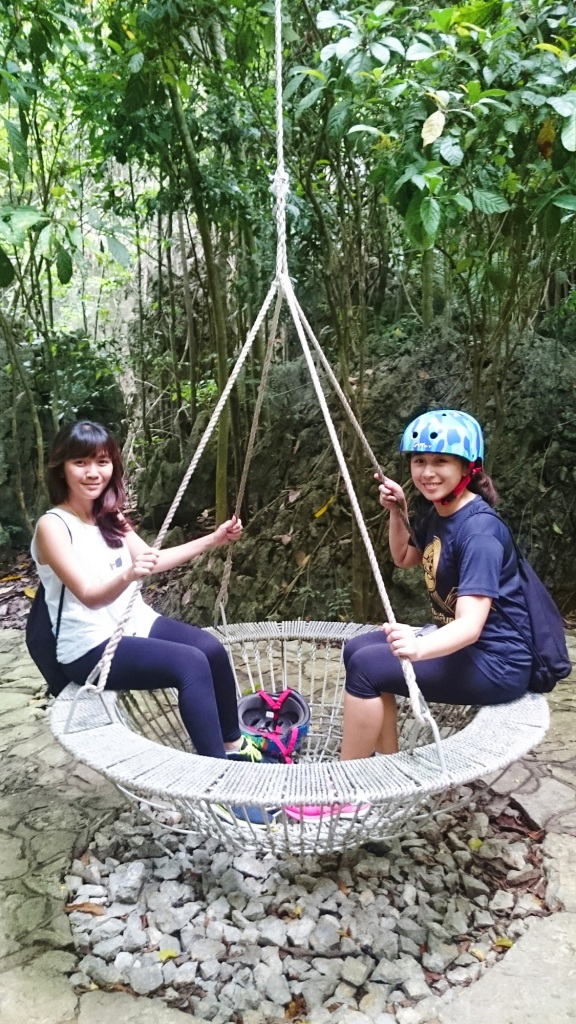 Eventually, we reached PATAK, which is a beautiful air house. It is shaped like a raindrop hence its name. It is suspended high above the trees and there are two bridges connected to it. We spent a few minutes here to rest and enjoyed the swings inside.

A long rope course was in store for us after heading out Patak, which would eventually lead to DUYAN. By far, this seemed to be the most photographed part of Masungi Georeserve, and one could see why. This huge hammock is made of ropes, and it is definitely not for the faint-hearted or people who have fear of heights. 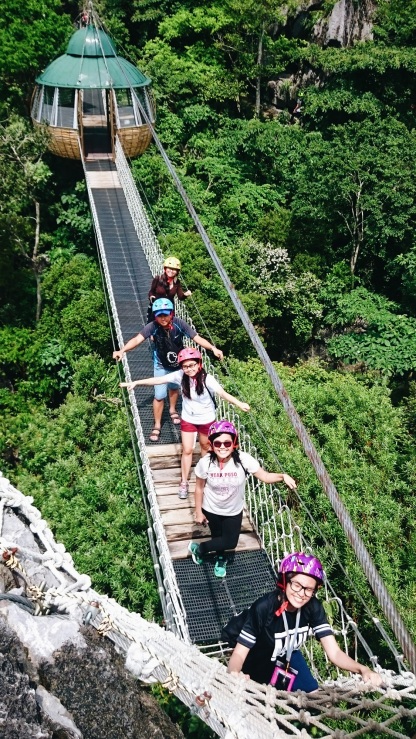 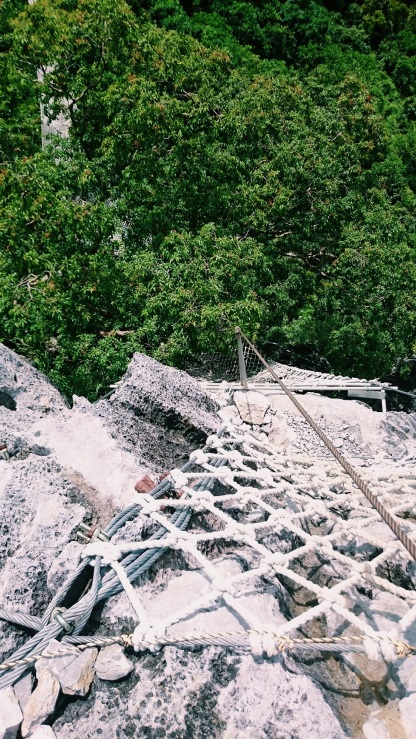 After climbing down the last rope course in the area, Kuya Elmer led us to YUNGIB NI RUBEN. This particular cave was named after the person who takes care of this cave i.e., Ruben. He also mentioned that this cave is part of a karst landscape, and a good place to get away from the heat of the sun.

Next stop was TATAY, which is the taller rock-formed peak. Another place to soak in the majestic view around the area. 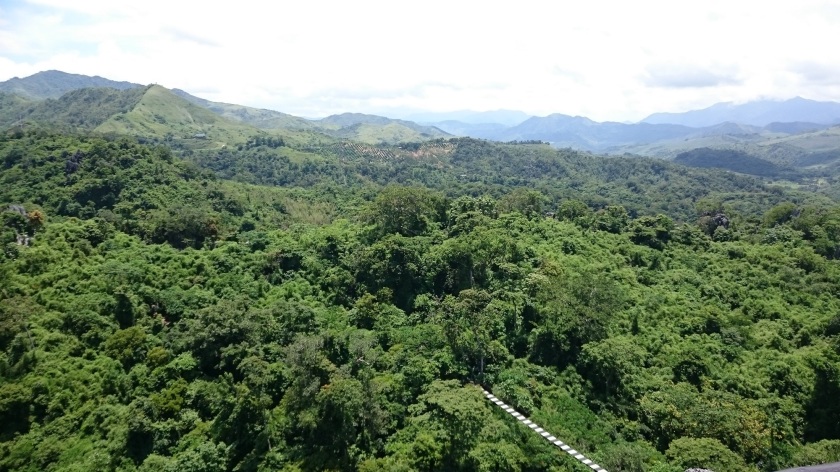 Not far from Tatay is NANAY, another rock-formed peak interconnected by small bridges. This area has a better view of the landscape around. 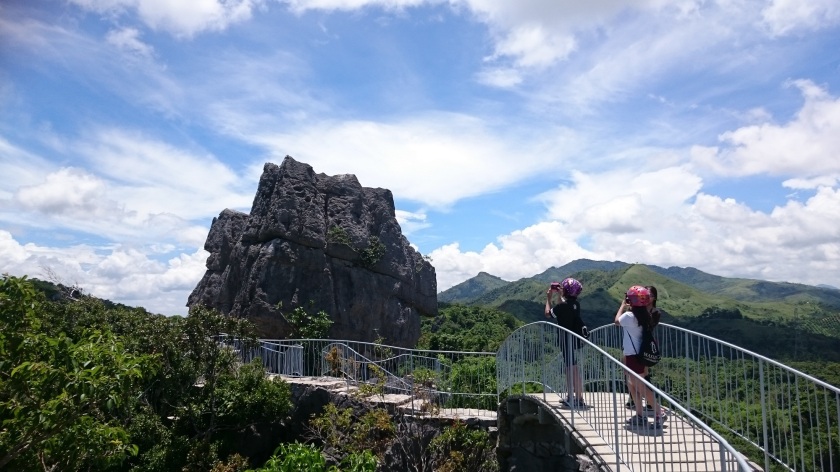 Our last stop that day was at LIWASAN. The pools of water are not for swimming, and serve as birdbath instead. This was our final pit stop before heading back to Silungan. We ate the free sandwiches from MG Team, and enjoyed the cold tea-like drink they provided. After getting re-energized, we finally made our way back to the starting point. 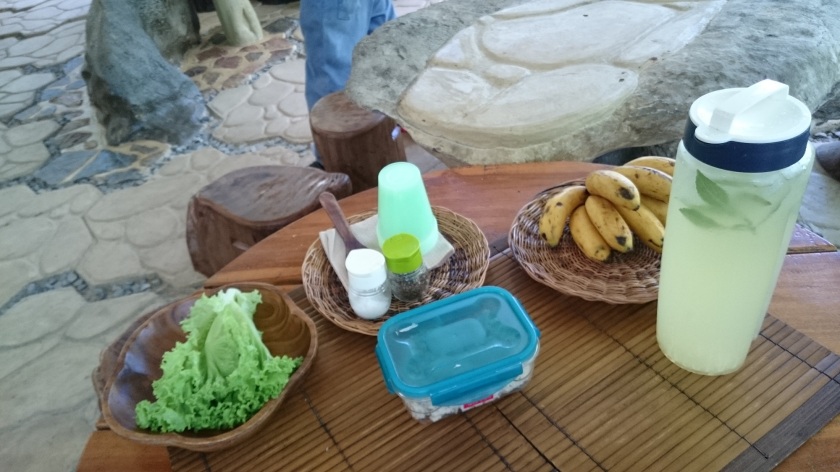 Kuya Elmer mentioned that MG Team is planning to add a few more “attraction” points, which is something to look forward to in the near future. This gives us another reason to go back to Masungi Georeserve. Highly recommend this to everyone — while being physically fit is an advantage, the whole trail is fairly easy even if you do not workout. 😉

One thought on “Masungi Georeserve”