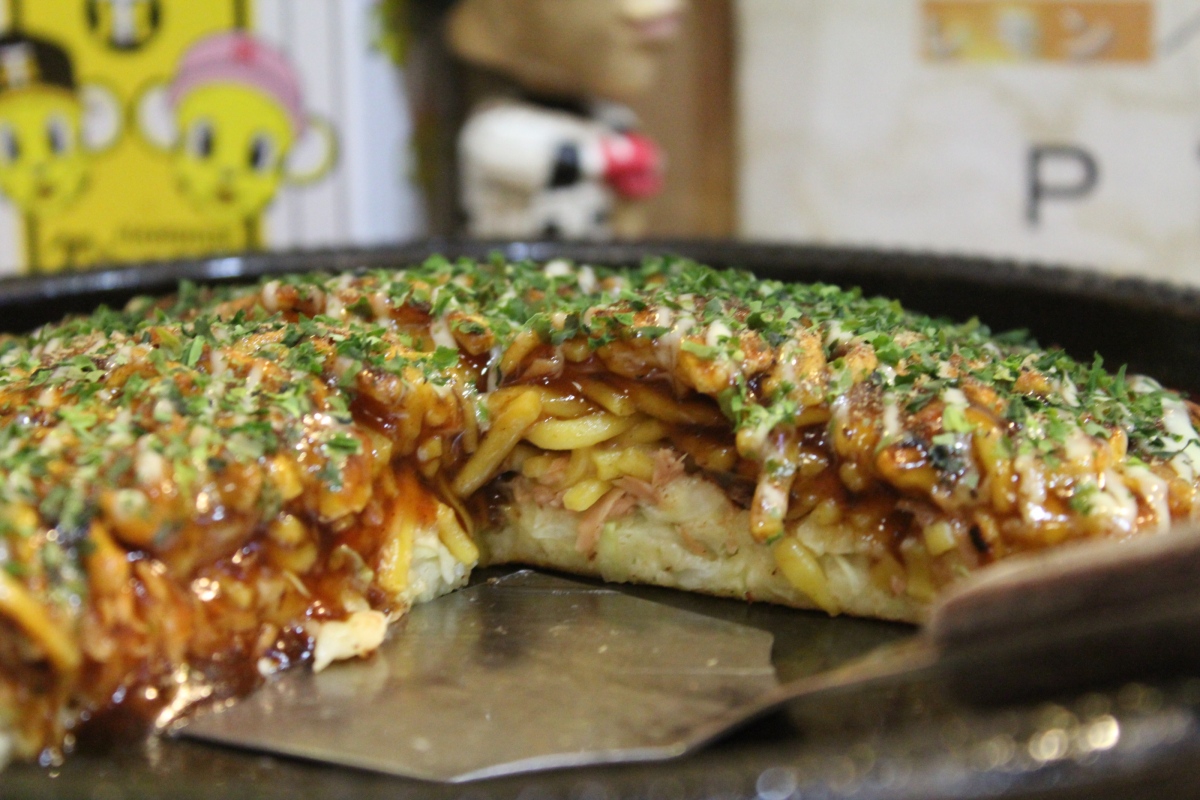 The last day of October 2012 meant that my family would be commemorating the 40th day since a relative of mine passed away. We had mass in Ascension Columbary followed by a small salu-salo. My aunts and uncles decided to celebrate All Souls’ Day yesterday since there would be fewer people in the columbary.

And finally, after x number of months (or years?), Eyong’s dinner treat happened. Haha! We chose to eat authentic Japanese food for dinner and the best place to go to is Little Tokyo in Makati City. Shinjuku Ramen House was our first stop for the night. The staff were so friendly and very attentive to any customer need. We had to ask how big was a regular bowl of ramen since we were planning to eat again after our food escapade in Shinjuku. They said that a regular ramen bowl is good for two people if both are not super hungry. We decided to order two ramen flavors — Chashu and Wantan.

I did not regret ordering Chashumen since it was so yummy. The meat was very soft that it actually felt like it melted in my mouth. The noodles were firm and for me, it was good that the veggie was chopped into small pieces rather than huge chunks of ‘em.

My sister and cousin opted for Wantanmen because of the siomai -ish in the ramen. I asked how it tasted and all they said was “Delicious!” They put lots of chili powder in their ramen to make it spicyyy and they told me it was good that the powder did not change the taste of their food.

We were expecting though that our ramen would be really hot — a sip would be enough to burn your tongue. However, that was not the case and we were quite disappointed with that. Still, the ramen was so good that we kinda forgot about the ideal temperature for the food. My cousin suddenly remembered that we did not order sushi. I am not a big fan of this since my three previous experiences with this food were all bad. He insisted that it was really good and maybe California Maki was just not the right sushi for me. He ordered Spicy Tempura Maki, which got Eyong and Chippy excited since they looove spicy stuff.

One bite of this sushi and I was converted. My first and immediate reaction was “Oh my gosh! Sobrang sarap lang!” It was that good!

We went to Kagura afterwards, which boasts their okonomiyaki. Okonomiyaki is a Japanese dish that resembles a pancake with a variety of ingredients, such as pork, shrimp, and tuna flakes. Besides offering the regular okonomiyaki, Kagura also offers a modern type of okonomiyaki, which has noodles as an added ingredient. We ordered two types of modern mix okonomiyaki — one has tuna flakes while the other has chicken skin.

I preferred the okonomiyaki with tuna flakes since I could really taste the tuna inside. My cousin jokingly said after his first bite, “Uy! Century Tuna!” He told me that indeed, the tuna okonomiyaki was better than the chicken one. Both dishes were really good that we vowed to go back there when we have enough money again.

I thought we were going home after the Little Tokyo trip when my cousin said that we would go to Tagaytay. I thought he was just joking but when I saw that we were on the road to Bicutan….. He wasn’t kidding. Talk about a spur-of-the-moment roadtrip! And so, our Little Tokyo trip extended to a Tagaytay trip.

It was a good thing that I wore my beanie yesterday and I accidentally brought my mom’s sweater with me. Fortune teller, chos!

I’m the type of person who is afraid to do unplanned things because of possible reprimands or consequences. I was happy that the people with me were game na game with the roadtrip. It was hard not to be “infected” by their happy vibes. 😉 Guess where we chilled out in Tagaytay? Starbucks! Haha! We actually thought of going to Bag of Beans but it was around 9PM already so the resto might already be closed.

One thought on “Foodgasm episode 10: Little Tokyo (Shinjuku and Kagura)”